The new Russian manned reusable spaceship Klipper will take its first flight from Moscow to Paris in the summer of the current year. The spaceship will not leave the Earth's atmosphere, though, Konstantin Kreidenko, an official spokesman for Roskosmos said.

”It is planned that the spaceship will be carried on board a heavy transportation aircraft, which will deliver the latest development of the Russian rocket and space corporation Energia to Le Bourget air show,” said he. 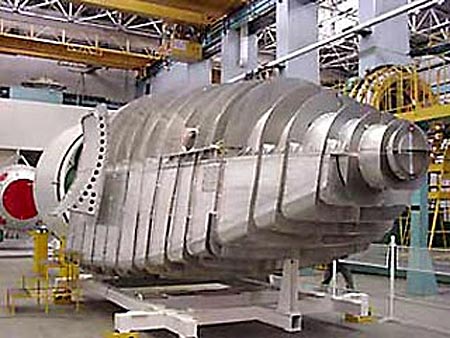 “There shouldn't be any transportation problems. We have already used planes to carry several modules of the Russian segment of the International Space Station before. Those modules were much bigger than Klipper,” Kreidenko said. A situation, similar to the one that occurred in 2001, when the Swiss company Noga tried to arrest Russian Su-30MK and MiG-AT planes in Le Bourget, will not repeat again, the specialist assured. “All Noga's claims against Roskosmos's predecessor, Rosaviakosmos, have been removed,” Kreidenko said.

Anatoly Perminov, the director of Roskosmos, said that the new Russian spaceship would be capable of flying not only to the International Space Station, but to the Moon as well. “We plan to expose the spacecraft this year at the aerospace show in Le Bourget,” Perminov said.

The new spacecraft will be very comfortable. “We have always been concerned with the lack of room for crewmembers in modern spaceships, where they could live. When I personally boarded a spaceship in the cosmonaut training center, I realized how tough living conditions are for three members of the crew there. Klipper's capsule, where cosmonauts will be staying, is outfitted with comfortable armchairs for six members of the crew, like in an airliner. The new craft is capable of landing on usual aerodromes with first-class blacktop, as a conventional airplane.

It will most likely be the Zenith carrier rocket that will take Klipper to the orbit, Anatoly Perminov said. “Unlike Buran that was fixed to the Energia rocket on a side, Klipper will be placed on top of the carrier rocket,” the head of Roskosmos said. This kind of construction will be a lot more economical, the specialist believes.

The new spacecraft weighs 14.5 tons. It can deliver up to 700 kilos of cargo to the space station and bring 500 kilos of cargo back. The ship provides cosmonauts with much better conditions when they return to the Earth. Klipper is meant for 25 launches, Itar Tass reports.