Space cooperation with the USA to ruin Russia's space industry

Anatoly Perminov, the head of the Federal Space Agency, described Russia's perspective for upcoming several decades as far as the development of the national space industry is concerned. The International Space Station project tops the list of Russia's priorities in space. A manned exploration of the Moon, including lunar settlements, ranks second, whereas Mars comes only third. The FSA director tied nation's space activities to new space plans of the US President George W. Bush: “Back to the Moon!” (Americans plan to make another manned flight to the Earth's natural satellite by 2015) and “To Mars!” (a manned flight to the red planet after 2030). 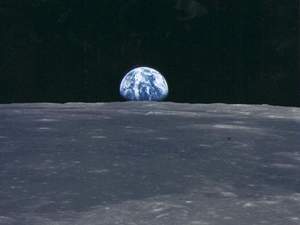 It is hard to assume, though, that the policy of the Federal Space Agency corresponds to Russia's interests outside Earth. Let us imagine what would happen if Russia, which used to be the USSR back then, joined the 1984 US-led “Freedom” orbital station space project, instead of working on the Mir space complex. The American project was developing really slowly for ten years. The USSR put Mir into space in 1986. The station was operating for 15 years and was destroyed only in 2001, when the International Space Station, which eventually appeared as a result of the “Freedom” project, was only several months old.

Russia's adherence to American plans might therefore imply many years of setback and financial losses for the Russian space industry. When the Soviet Moon project was closed in the beginning of the 1970s, the USSR aimed its efforts on a manned flight to Mars (in addition to orbital stations). “Russia has accomplished a lot more at this point in comparison with the USA,” Leonid Gorshkov, a leading specialist of Energia Corporation said. “The backlog is a lot larger in this field as opposed to the exploration of the Moon,” said he.

A redirection of the Russian space industry from Mars to the Moon will result in a considerable loss of the scientific and technical potential, which the country saved during preparations to the mission to Mars. A lot of outstanding Russian academicians do not support the idea of the Moon's priority to Mars either. “Mars is much more interesting than the Moon from the point of view of actual objectives that space explorers have, including the talked-about question of possible extraterrestrial life,” deputy director of the Institute of Space Exploration of the Russian Academy of Sciences, Vyacheslav Rodin said.

Russia's views regarding space cooperation with the USA as the driving force may not be justifiable at all. Academician Ronald Sagdeyev, the former director of the above-mentioned institute (he currently works as a university professor in Maryland) said that it was quite difficult to convince the USA of the need to cooperate with someone in space. It is the USA that forms 75 percent of the global space budget. America, therefore, does not need Russia much to implement its space plans. Furthermore, any form of Russia's participation in those plans can become possible only if it follows USA's conditions. Erik Galimov, the director of the Institute for Geochemistry and Analytical Chemistry of the Russian Academy of Sciences, said that Americans would simply expropriate Russia's contribution: “Russia will get nothing in return,” he concluded.

The implementation of the manned lunar project (in addition to the one developed by NASA) is economically and politically senseless indeed. This fact has already made Russia turn down the idea of Mir-2 station several years ago to the benefit of the International Space Station. It is noteworthy that the near-Earth exploration cannot give an incentive to the development of the Russian space industry anyway. Even the USA considers space stations as something money-consuming and possessing a doubtful scientific value. The USA has already spent $100 billion on the space station, which will not be finished until the end of the current decade, The Washington Post wrote. American specialists say that the international cooperation experience within the scope of the International Space Station project was negative to its members.

It is necessary to cooperate with the USA in the field of space exploration, although it does not have to be performed within the scope of only one space project. Russia's Energia Cooperation has the cheapest variant of a manned mission to Mars at its disposal: the project includes the exploration of the red planet without landing on it. If the project is approved in 2005, Russian cosmonauts will be orbiting Mars at the end of the next decade (whereas NASA plans to return to the Moon during that time). The price of the Russian Martian project is quite comparable to the one that Russia will have to pay to let its cosmonauts join American astronauts on Selena. A mutually beneficial exchange deal is possible at this point: Russia takes Americans to Mars, and NASA includes Russians in the number of lunar colonizers.