US makers of genetically modified products to conquer Russian market

The Russian State Duma gave the second reading to amendments to the law about the protection of consumer' rights. The approved amendments contain a requirement about the mandatory marking of food stuffs, which hold genetically modified ingredients. In addition, the bill extends the list of organizations that carry responsibility for the quality of goods and services. 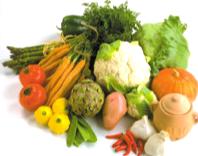 Russian consumers will have a right to set forth their claims against importers of foreign goods, Internet stores and catalogue companies. The draft law also stipulates punitive measures to be applied against those makers and sellers that do not mark genetically modified ingredients.

Russian Surgeon General, Gennady Onishchenko, signed a special decree on June 23 of the current year. The decree stipulated that all food stuffs containing more than 0.9 percent of genetically modified ingredients had to be marked according to the standard of the European Union. The Russian Justice Ministry suppressed Onishchenko's attempt to follow the EU's example: the ministry did not approve the decree and found it contradicting to the Russian law.

The European law is the toughest when comes to genetically modified food. European manufacturers have to mark their products even if they contain the minimum of 0.1% of genetically modified ingredients, although the safe level is set on 0.9%. The absence of the special marking leads to penalties and even an imprisonment (up to three years in prison in Serbia).

Genetically modified organisms were received for the first time in the beginning of the 1980s in the USA, when American scientists changed the genetic structure of plants. Soy, rape, potatoes, rice, maize were the first plants to be modified. Genetically modified plants are grown on about 70 million hectares of land nowadays.

Transgenic ingredients can be found in sausages, chips, baby food, chocolate, pate and soda. Transgenic protein constitutes 70-80% of such products. The WHO specialists believe that such products should be tested for their toxic and allergic capacities. Experiments on rats that were fed with transgenic potatoes showed a certain change in the cell structure of their internal organs, particularly stomach and liver, an altered blood formula and a weight loss.  However, there is no scientific conclusion so far to prove the good or the bad of genetically modified products for humans.

The Russian law does not prohibit the use of genetically modified products, although their influence on the human body has not been studied. If a European customer buys a modified product, he or she will receive detailed information about possible risks connected with its use. The absence of the adequate law in Russia makes the country attractive for companies, which supply genetically modified food – American companies first and foremost. The law alone, however, will not be able to cope with the problem.

American makers of genetically modified food, the company Monsanto first and foremost (the company presently suffers great losses), are trying to make their way on the perspective Russian market. Proponents of modified food say that such products are safe and cheap. They try to avoid a public debate and grow genetically modified beets and potatoes without any approval in an attempt to earn millions of dollars.

The Russian Anti-Monopoly Ministry is currently trying to do something to regulate the issue: food companies will be obliged to inform Russian consumers of genetically modified ingredients.

In addition to the competent law, it would be good for Russia to learn on the European experience and create an adequate public opinion about genetically modified products. Their sales both in Russia and in Europe will depend on the competitive struggle at this point.