Space tourism to face the end? 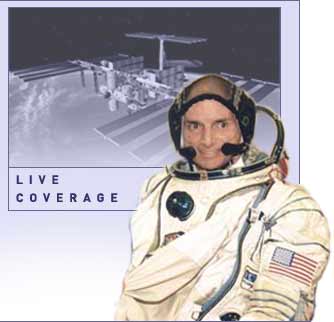 Not so long ago, news about the approaching tourism space fever has made headlines around the globe.

Recent manned flight of privately-owned SpaceShipOne, which was able to reach a 100 km height and remain up there for several seconds, turned out to be a great success.

The flight fascinated everyone involved in the project including directors of major tourist agencies. One of them got so anxious, he exclaimed that tens of thousands of men will travel to space in the nearest future.

In reality however, things are not as simple as one would hope them to be. Space has always been and still remains tremendously luring and at the same time quite hostile realm for humans. Man's attempts to conquer space have not always been related to mind-boggling victories but with massive disasters as well. Such for instance was the death of three American astronauts on “Apollo” in 1967. In 1971 three Soviet astronauts died as a result of cabin depressurization. 1986 was marked by tragic events of American shuttle “Challenger” with seven astronauts on board. Few years later, in 2002, crash of American spaceship “Columbia” has shocked the world. All of these crashes occurred despite all the security precautions and perfected security techniques.

Will constructors of today's modern spaceships designed specifically for tourists ensure the proper level of security? Doubtful. It is impossible to do today; it will be impossible to do so tomorrow due to a number of technical and economical reasons.

What will happen with a tourist aboard SpaceShipOne for instance should the spaceship’s controls malfunction? Today’s spaceship is not equipped with the ejection seat, no durable space-suit is designed for the tourist, he hasn't spent numerous hours practicing like professional astronauts.

If SpaceShpOne were equipped with all the necessary gadgets, it would have been too heavy for the carrier to launch it to space. At the same time, not a single insurance agency will agree to insure a space tourist's life without proper security features on board.

Safety requirements get tougher when one wishes to make an orbital flight around the Earth. In this case, one will need a much more powerful carrier with state of the art equipment as well as more reliable safety features.

However, what a space tourist should fear the most is weightlessness. Here is how one of our famous astronauts describes the sensation during his flight to the “MIR” space station: “During my spacewalk on the near-earth orbit, I found myself in a state of weightlessness. It felt as though someone hung me by my feet. I naturally wanted to return to the normal position. In addition, even the slightest motion made me spin like a whipping top. It made me feel dizzy. While inside the station, it took me sometime before I could differentiate floor from the ceiling. It took a lot of time to adapt. …However, the most mind-boggling experience was the moment of descent. I felt as though I was flying through a volcano’s core. When the parachute opened, our apparatus began jerking back and forth…  The landing itself was very rough…”.

The entire world witnessed the landing of the first space tourist – Dennis Tito, who had barely survived the flight. He was literally carried out of the spaceship. He could only utter a few words before he was carried to a specially designed tent. The second space tourist, South African Mark Shattleword survived the flight just fine. Though he was significantly younger than Tito, healthier and had been training regularly for more than a year.

Overall, popular notion regarding the fact that space could soon become a real Mecca for wealthy tourists is unsubstantial. This is why the idea of building space hotels seems pathetic to say the least.

Anyway, let's just assume that space tourism gains popularity among the wealthy. Will Russia get its share of the 1-billion-dollar pie? No.

Russia has already developed quite a few spaceships. However, it would require tremendous sums of money to launch them. As for the finances, they are nowhere to be found. Russian government will not sponsor any of such projects while being uncertain of their success.

Author`s name Andrey Mikhailov
18:54
Ukrainian soldier uses chainsaw and fire to release US howitzer from ice trap
18:30
Onet: Ukraine will lose in six months due to shell shortage
17:36
Russian troops defeat Ukrainian troops in Zaporizhzhia region
14:50
Number of foreign mercenaries in Ukraine continues growing
14:17
Russians buy more than 50 tons of gold in 2022
13:57
Russia will not talk to Ukraine. Russia will talk to the West
13:34
USA's plan to give 20 percent of Ukraine for peace hoax
12:51
Medvedev: Ukraine as a state to be devastated, go bankrupt and be turned into colony
19:57
Russia will use all of its military potential to counter Western arms supplies to Kyiv
18:34
Biden changing strategy on Ukraine to reach diplomatic solution with Russia
The West prepares army to invade Russia