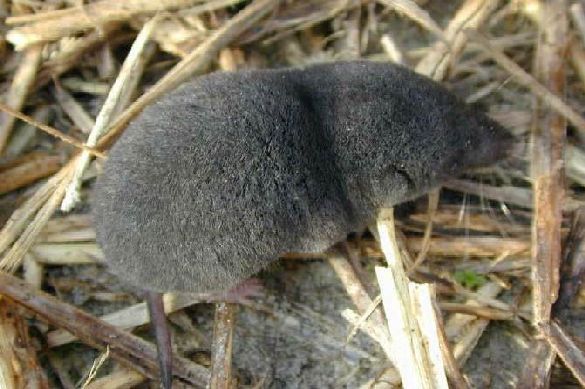 The sheer idiocy of the human species provides free entertainment for millions of extra-terrestrials who come and park their spaceships outside the orbit of our space-junk satellites, tune in and giggle themselves....witless.

Horrific virus breaks out of Amazon with 96% mortality rate

In Brazil, the BBB get Amazonlust in their hearts. The BBB are the brigade controlled by the Bói (Bull), Biblia (Bible) and Bala (Bullet) lobbies, those elitists who represent business in Brazil. Under Bolsonaro ("Covid is like getting a little dose of flu, or a cold. You have to face it like a Man, for fuck's sake, not like a kid") and yes he actually said that...under Bolsonaro the BBB is lined up and invading the Amazon rainforest. This doesn't make the international headlines but I have written about it here over and over again, I have published hundreds of stories about what is happening in the Portuguese version of Pravda.Ru and Instituto Socioambiental, a Brazilian institution, has plenty of information on its excellent website. Today in Brazil, the indigenous peoples are being exterminated, starting with the kids so that they won't grow up.

It's a land grab, felling trees which have been reservoirs of viruses and bacteria for thousands of years to get land for cattle ranching, to sell wood and to grab the Amazon's huge resources, at the expense of its residents, despised by these elites. ("They're swinging around on trees, for fuck's sake, they should be brought to the cities and educated for their own good").

The story starts with Marília, Patient One, a nurse vomiting copious quantities of blood, in violent projectile vomiting, her body racked in pain, before she starts screaming while gurgling blood in her throat, the strangest sound the world has ever heard, then falling to the ground in a strong fit, so strong four men could not hold her down. Her agony lasted twenty-three minutes, the corridor was smothered in blood from floor to ceiling. The autopsy showed that her entire inside had exploded, and her brain as well.

Within a month, everyone in the hospital was dead, patients and staff alike, with manifestations which ranged from suddenly dropping dead while clutching the head, urinating and defecating themselves as they stood bolt-upright with their legs and arms twitching like some kind of break dance, then collapsing, suddenly bleeding torrents of blood from the eyes, nose, anus, ears or else violent projectile vomiting empying their blood vessels within minutes.

They called it Amazon Virus 2025.12 because it broke out in December 2025, then changed its name to AmaViD-25 (Amazon Virus December 2025). Mortality rate 96 per cent. The indigenous peoples had co-existed with it for thousands of years and survived by avoiding any contact with a species of a hitherto-undiscovered shrew-like animal which carried the virus and which they kept in a restricted area by feeding the animals, so that they would not need to go astray.

When that part of the forest was felled, the shrew-like creatures, with a prolific reproduction rate, broke out and with it, Patient One's husband, Pedro, who was infectious without symptoms and who cut himself with a saw, was taken to the hospital where Marília worked, infected her, and died the following day with the same symptoms which suddenly came on. He ate lunch normally and by tea-time he was dead.

The local authorities treated the outbreak as some kind of Haemorrhagic Dengue and the alarm was given that something strange was happening when it was far too late. With an incubation period of between five days and 31 days, the main cities of Central Brazil were infected and by the time the World Health Organization had swung into action, fifty million people were dead, rising later to 150 million before the rest of the country enforced isolation with armed gangs roaming the state borders and isolating cities, and parts of cities, in a feudal gang system.

Extreme, unrealistic? Not really. It is exactly what happens in these cases, lock, stock and barrel. It is almost as if someone was ushering the virus around the world before a pharmaceutical company in the USA comes up with a contract to produce a wizzy medicine which national health systems spend billions on, and end up using just a fraction of the quantities they bought.

By January I was asking if this was the one, and asking whether it was wise to carry on with business as usual, in the same month those in charge of Health Services in certain countries were claiming that the stories about human-to-human transmission were exaggerated. I was asking why there was not a complete travel ban on China and the region where the virus broke out. I was asking whether it would be better in the long run to isolate the region totally and for cases of the outbreak to be isolated with total quarantine at state, region and district levels. "No, what about the aviation industry?" Well, look at it now. "How do you pay for it?" Well, there's money for submarines... NATO countries collectively spend one point two trillion USD per year each and every year on weapons systems. Sorry Dr. Brown, no cash available for your PPE, you'll just have to wear a shopping bag over your head. Someone will say something nice at your funeral. Actually they won't because Dr. Brown will not even have the honor of a proper service.

The world's health authorities, earning much more than me, did nothing except suggest "vigilance".

So what is the solution? With hindsight it is easy to sit here typing diatribes but in this case I have been saying the same thing for 18 years. In the case of Covid, we need to continue our health hygiene rules and social distancing but it is obvious that this is not enough, because countries breaking out of lockdown are experiencing outbreaks. So what the authorities need to do is to put together a nutrition plan per person per month, put together food packages (like the cesta básica de alimentação, or basic food hamper, in Brazil), organize delivery, and deliver it. It was done in the Soviet Union for decades, so why are countries incapable of doing it today, 30 years later?

And everybody stays at home for a month. Obviously there are exceptions but not the number we have today with thousands of people using public transportation and the numbers of infections rising all the time. With a thirty-day total quarantine, the virus disappears. Period. Then a month later the ecnomy gets back full swing. Using the current system of gradual release from confinement we are just prolonging the agony as we lurch from outbreak to outbreak and second, third and fourth waves.

Hopefully some time soon Humankind will find someone with intelligence to formulate policy. Until then, just look at us...

Photo: By Unknown author - work of the US government: http://cars.er.usgs.gov/pics/paynesprairie/paynes/paynes_33.html, Public Domain, https://commons.wikimedia.org/w/index.php?curid=66175