Cancer diagnosis: The need to boost the Raman technique 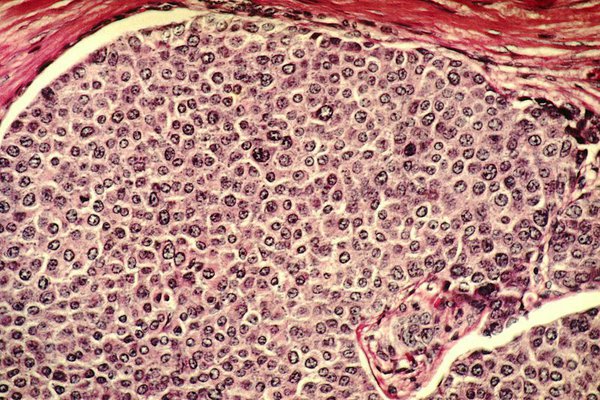 Although it is very advantageous for the early diagnosis of multiple pathologies, including cancer, perhaps because of ignorance, the Raman spectroscopy technique is still very little applied in the clinic. In Europe, only a few hospitals in the Netherlands, Germany and the UK use it.

With the aim of introducing this technique in the clinic, more than 150 European researchers formed a collaboration network, called Raman4Clinics, under the scope of ECST Actions - European Cooperation in Science and Technology.

The final meeting of Raman4Clinics, followed by a Summer School, will take place between 7 and 12 October at the Faculty of Science and Technology of the University of Coimbra (FCTUC) in Portugal, a member of the network through a team of researchers from the R&D Unit Molecular Chemistry-Physics, led by Luis Batista de Carvalho and Maria Paula Marques.

In this scientific meeting, the various working groups of the Action will present and discuss the progress made in the last three years, as well as the impact of the application of the technique to end users - doctors and patients, in hospitals. The Summer School has as its main focus early stage researchers. Thus, young researchers, namely Masters and Doctoral students, will have the opportunity to learn from the most renowned international experts in the area of Raman spectroscopy applied to Medicinal Chemistry and Diagnostics. In addition to lectures, participants will also have hands-on practical sessions.

Raman spectroscopy, identified with the name of the scientist who discovered it, the Indian Chandrasekhara Venkata Raman, Nobel Prize for Physics in 1930, is a high-resolution optical technique that through the incidence of radiation (light) on any sample can obtain information in seconds. That is, it provides information about the compounds present in the analyzed sample.

It is a "non-invasive, very useful and clinically advantageous technique, especially for the early diagnosis of multiple pathologies, namely infectious diseases, various types of low prognosis cancer and hospital antibiotic resistant bacteria. It is a very rigorous technique that provides immediate information. Patients do not have to wait days or weeks for the results of biopsies", said Luis Batista de Carvalho and Maria Paula Marques.

It is also a "very versatile and economically advantageous" tool, reinforced by these Raman specialists from FCTUC. "It can be very useful in extremely delicate surgeries, such as a surgery to remove a tumor in the brain, where it is essential to have real-time information that guides the neurosurgeon, indicating exactly what is diseased tissue and which must be totally removed, and what is woven in and should be spared", they illustrate.

Asked about the causes that block the translation of the technique to the clinic, Luís Batista de Carvalho and Maria Paula Marques claim "ignorance. It is necessary to break down barriers and explain to clinicians that Raman spectroscopy has evolved a lot in recent years. For example, there are currently portable Raman devices, very versatile for use in the hospital setting and in the operating theater, and the images obtained are easy to interpret".

In this sense, the team of Luis Batista de Carvalho and Maria Paula Marques has already undertaken a pioneering research project in Portugal, in partnership with the IPO (Portuguese Oncology Institute) of Coimbra. Entitled Vibs on Cancer, the project, which is funded by the Foundation for Science and Technology (FCT) and ERDF (European Regional Development Fund), aims at the application of Raman spectroscopy in medical diagnosis, specifically in the early detection of low-prognosis types of cancer.

In order to promote the Raman technique, the organizers of the Raman4Clinics Final Action Meeting will hold a lecture on October 7 at 6 pm at the Museum of Science of the University of Coimbra delivered by Professor Peter Gardner, of the University of Manchester, responsible for translating Raman spectroscopy to the clinic in the detection of prostate cancer. This lecture is open to the whole community.

Main photo: By Dr. Cecil Fox (Photographer) - This image was released by the National Cancer Institute, an agency part of the National Institutes of Health, with the ID 2288 (image) (next)., Public Domain, https://commons.wikimedia.org/w/index.php?curid=24056830

Attached photo From left to right: 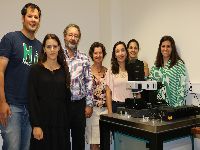