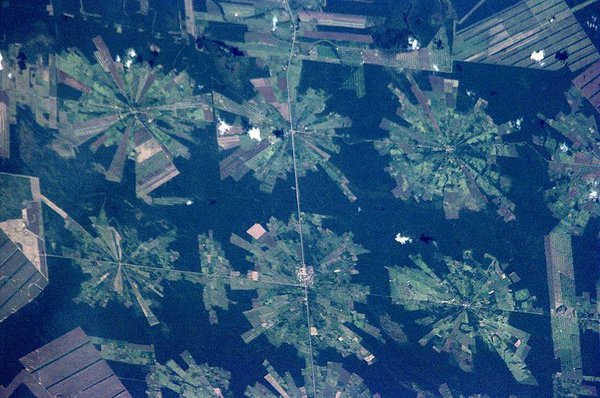 Those who know Brazil speak highly of a fine country with friendly people, a land embued with natural charm mirrored by its peoples. There is a darker side.

This story does not filter through the Brazilian media to the outside. You will find it in socioambiental.org, a Brazilian environmentalist site and a very good one, speaking about the peoples of the interior and their fight to survive, and the systematic dessecration of Brazil's resources by those with ties to the exterior. Yes, the hand of Uncle Sam reaches the Amazon and the Amazonians.

Blood on their hands

So let us spread this story far and wide. Two stories in fact. The first is eye witness accounts from native Americans speaking out about death threats, invasion of territory and the murder of native Americans, even and especially children, so that they will not grow up, by death squads with links to farming and mineral interests. In short, murder the Indians to seize their lands and create massive latifundia, cattle ranches, cutting down and selling the timber in the process or else selling off the subsoil to the Americans.

In Brazil and still today, there are some 100 peoples denominated "isolated" or those living deep in the forest with little or no contact with the outside world. Taking a look at it, who blames them? But they are totally unprotected from the aggressive actions of poachers, narcotraffickers, oil companies and timber merchants.

Their complaints were heard last month at the Second International Meeting Eyes on Protection Policies for the Indian Peoples who are Isolated or had Recent Contact, in Brasilia and these peoples come not only from Brazil but also from Columbia, Bolivia, Equador, Paraguay, Peru and Venezuela, so it is an international problem and one which the international media needs to wake up to. Among the peoples represented, and to see the scale of the problem, were the following:

The second story is equally appalling. In just one area of Brazil, Xingú, in just six months, one hundred million trees have been cut down by miners, timber merchants and other farmers who wish to expand their farms. These lands belong to isolated indigenous peoples and are home to many undiscovered species of plants and animals. Until what point this tragedy goes on unabated remains to be seen. So where is this story in the international media?

The destruction of the forest is increasing in rhythm, while many have the idea that deforestation stopped years ago. It did not, with the silence of the media it is taking place faster than ever.

What is the rest of the world doing about it?