Keys to understanding the world from Feminism - Science and Feminism

Keys to understanding the world from Feminism - Science and Feminism 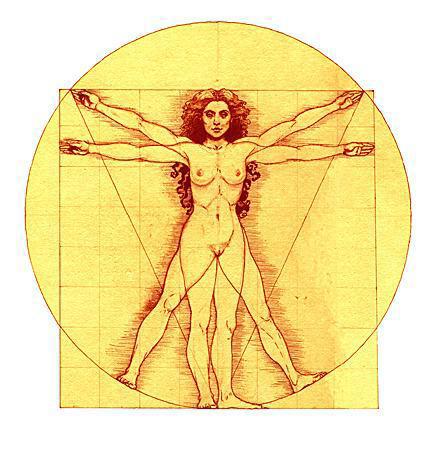 Understanding the world from feminism implies, first of all, learning to look from other places, using other glasses to see the world around us, change the perspective.

This task may seem a priori simple, but its difficulty is that it requires a self-questioning work of each and every one of the routines of relationship in and with our environment, those learned from our first moments of life and present in all our processes of socialization. It requires making conscious those facets of our behavior that are part of our "automatic" processes, those that leave us without realizing.

Understand the concept of gender

The fact that these social relationships have historically been based on sexual difference has been the key to structuring a power relationship that has given dominance to the masculine to the detriment of the feminine. When we talk about gender as sociocultural construction, we mean that behind it there is an ideology that seeks to prevail a social order: patriarchy (system of social relations established by men to oppress and dominate women and appropriate their productive and reproductive power).

The fact that our life is crossed by this conception of gender determines our way of understanding and relating to the world, that is, our way of feeling, thinking and acting. This is the reason why we learn certain behaviors as "appropriate" for men, different from those supposedly "appropriate" for women.

Sex is a biological component determined from the physical appearance of people. The fact that gender is assigned from biological sex is the reason why women and men are assigned different characteristics.

But that this is so, should not mislead us: as a social construct, gender is not only transformable, but also surmountable. That is to say, it is a category that has helped us and helps us to understand the social relations existing up to now, but it is vital to continue deepening in the multiple forms of exploitation and domination of women until they are eradicated. At that time, the gender category will no longer be necessary.

Understand the sexual division of labor

We refer to the sexual division of labor to refer to a form of social organization that designs different types of jobs for men and women based on the sexual attributes of the bodies, based on ideological patriarchy.

Throughout history we have tried to convince that this sexual division is a neutral fact and has resorted to an absolutely essentialist and biologicist perception of the human body to explain it. In this way, we have been exposed that "the natural" in the feminine is the reproductive (secondary and lacking in value, linked to the sphere of domestic and care) and "the natural" in the masculine is the productive (priority and generator of wealth, linked to the public sphere and spaces of production of thought and decision making).

One of the strategies to disseminate these deterministic doctrines has been to subsidize pseudoscientific studies that endorse the guidelines of the new established social, political, economic and scientific order, presenting it as natural. However, there are numerous feminist studies that point out these interests to capitalist, patriarchal, bourgeois and colonial society, deeply unequal and hierarchical.

It is essential to draw on the contributions that feminism has made and continues to make in order to understand the magnitude of the damage exerted by this sociopolitical order against women in particular and societies as a whole. For that reason, we will approach each week an approach to the relationship between Feminism and Science, key to understanding that science is part of our lives and changing the established order.