Science and Technology. Consensus builders for the media instrument

Science and Technology. Consensus builders for the media instrument 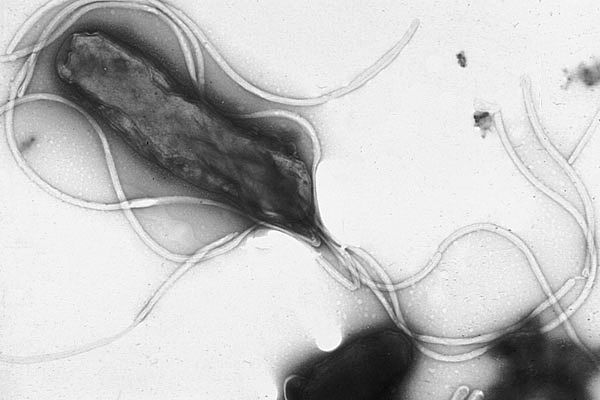 By Daniel Heredia and Rubén González

What makes us consider the news of the Spanish media associated with the large groups and / or publishing consortiums an authentic manipulative aberration when it refers to politics, opinion and / or society, but seem neutral in relation to academic scientific dissemination?

We do not seem to be alarmed in the least when the big media publish great scientific and technical results and echo the words of the most outstanding personalities of the academic scientific field to endow them [with the results] of truthfulness. In which direction do the big media groups walk when they decide to publish a certain type of scientific results and not others? For what purpose do they do it? What do you find in the scientific activity as an articulating space and possible maintainer of the dependencies of the same social order for which they work, incorporating tools and tools? What does the mediocracy find in what we could call the Science System?

We could begin to point out each of the cases that are treated in a homologous way by these large consortiums and elaborate a synthesis on the commitment and the real responsibility of the use made of the media tools, as a fundamental necessity to be able to exercise the legally constituted power. This homology, which seems to point to the so-called Science as a neutral element for the establishment and / or outcome of social identities and away from the determinations of political economy, actually allows us to visualize the relationship established between the artifacts and communicative gadgets and production models, an entity that produces stories, tales, chronicles, descriptions, reports or exhibitions, which seems to find social equilibrium in sections dedicated to Sciences and technologies, such as the authentic maker of consensus among all the relationships derived from the productive system on which we develop. Science manages to develop the articulating criterion that relates the subjects to the relations of production. The media are the main vehicles for the reproduction of these criteria in the social context, dating back to knowledge. A person can be socialist, indecent, rabble, good, bad for "A3Media" [this and the next are Spanish media]; solidary, consumerist, ecologist, right, left for "Prisa"; or postmodern, eco-yuppie, feminist or fascist for "Mediaset"; but it is a homogeneous and determined subject for all of them when we must articulate a true sentence under the umbrella of this Science.

Only through these media, being used, is it possible to build sentences that give meaning to a reality that must be true. Added to this is the manipulation of scientific results and the establishment of puerile, futile and deformed syntheses that take part in the construction of media stories, vulgarizing them until they are unrecognizable. This combination incapacitates the function of clarifying and elucidating whether they are really qualifiable judgments [that can be attributed certain qualities or properties under irrefutable parameters]; that is, whether or not there is a possibility of generating a contradiction by making use of arguments and reasons in relation to what is held under sentences; in short, being maxims or unverifiable principles [unqualified] under our current logical framework.

Without being able to qualify as true or false the sentences issued by the designated bodies for the dissemination, distribution and commercialization of information, the only sentence, now of justice, that can be made, is clearly clear: science is false science, pseudoscience. And we could establish a hypothesis that predicted that 98% of media [communication] instruments, with independence of their sovereign identity, work for the state of things legally constituted. And this formulation can be observed by looking at the section dedicated to Science and its 'informative gastro-derivatives' intended for dissemination, which we now dare to point out as constructions of the same system.
The development of knowledge has endowed us with the ability to establish synthesis about physical phenomena and / or the processes produced in nature. This establishes a set of rules that allow us to perform the minimum volume of tests necessary to know; abstracting us, making use of a multitude of languages, from the spectrum of natural to formal. This reason establishes relations that do not need constant reproducibility of physical phenomena to reach a degree of knowledge. We generate hypotheses, theories and laws that allow us to understand material events and encode the inertias of the systems where they occur. And it is here, in the classification on the necessary contents, where the means are applied carrying out a maintenance of the inertias of a system.
We can say that this homology in the treatment of academic scientific information by all publishing and media consortiums as subordinates of the political economic apparatus that sustain them determines an isotropy, thus maintaining identical properties regardless of the directions in which it is examined, a stability between the totality of forms of representation within the social order in which we develop our metabolism.

We affirm, without knowing if we will be censored, that the media perpetuate our intellectual border as a guarantee of the future of an ignorant patriarchal system.

By Daniel Heredia and Rubén González