Putin's remarks about collection of biomaterials may bury genetics

President Putin's fears in connection with alleged efforts of Western special services to collect biomaterials of Russian citizens seem unfounded, Alexander Markov, Doctor of Biology, chief of the Department of Biological Evolution of the Faculty of Biology at the Moscow State University, told Pravda.Ru. 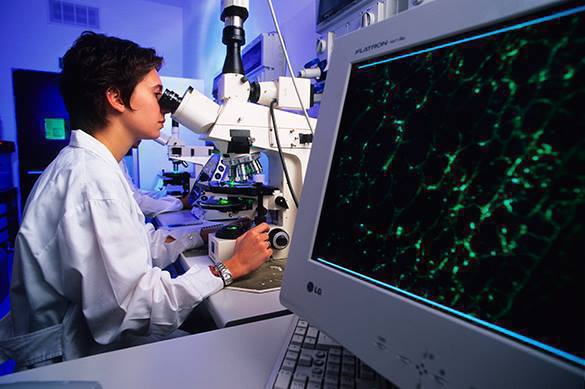 During a recent meeting of the Human Rights Council on October 30, President Putin stated that Russia and its people became an object of great interest to Western special services, which, as he claimed, collect biological material of Russian people throughout the country.

The US Air Force published one of its contracts on the Federal Business Opportunity public procurement website. According to the text of the document, the US Air Force plans to purchase 12 samples of ribonucleic acid (RNA, one of the three basic macromolecules contained in cells of all living organisms) and 27 samples of stratum synoviale (synovium, produces the fluid necessary for joints). The contract specified that all samples should be collected from Russian donors, The Insider wrote.

There is another example. Scientists from the University of Arizona and the Institute of Cytology and Genetics of Novosibirsk, who examined genetic signs of adaptation to cold in indigenous peoples of Siberia, collected 21 samples of DNA from two Siberian peoples - the Nganasan (nomadic hunters of Taimyr) and the Yakut (reindeer herders). In the samples, the scientists isolated exoms (protein-coding genes) and had them sequenced to determine the order of DNA blocks (nucleotides) in the genetic code of a human being.

According to Alexander Markov, this is "routine biological work" to restore paths of ancient migrations of peoples. "This is what ethnographers and geneticists do all the time. This is a common story. Moreover, Russia is not the only country in the world, where they collect biological materials - this work is regularly conducted in absolutely all countries, for all nations," the biologist told Pravda.Ru.

According to the expert, comparative genomics and paleogennomics develop very rapidly too. Genetic material is needed to understand the evolution of certain features in modern-day people. There are many of such research works, and scientists try to reach as many human populations as possible, in most remote areas.

"It am worried that illiterate politicians will try to impose restrictions on science. We may proclaim genetics a bourgeois pseudoscience, as it was during the times of Lysenko. This is very dangerous for science," said Alexander Markov.