A research team from the Center for Neuroscience and Cell Biology (CNC) of the University of Coimbra (UC) in Portugal has developed a test that allows the identification of potentially dangerous drugs for pregnancy, contributing to the reduction of birth defects. 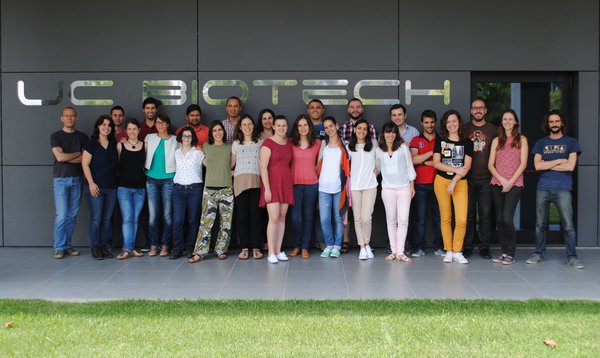 This new test proposes an alternative to the current prenatal tests that, besides being exclusively performed in animals, present limitations when tested in clinical context.

The solution, developed as part of a study published in the journal Proceedings of the National Academy of Sciences, will allow the evaluation of the toxicity of the drugs in a "humanized" system and may contribute to the reduction of defects in the development of the vascular system of the embryo.

The system is "humanized" because the cells are not tested on animals but placed on a microfluidic platform and exposed to arterial flow conditions that allows a toxicological evaluation under conditions similar to what happens in vivo.

In a first phase, the team developed a methodology for obtaining human endothelial cells from pluripotent stem cells (CEP) - which can originate all tissues in the body - and evaluated the impact of 1280 chemicals, identifying two particularly dangerous ones.

Helena Vazão, author of the published scientific paper, explains that "the group has developed a platform capable of analyzing and relating many data simultaneously in a faster way (high-throughput) based on human CEP".

"We identified two compounds, aflufenazine (an antipsychotic) and 7-Cyclo (an anti-inflammatory), which interfere with the formation of the embryonic vasculature," the researcher Susana Rosa, another author of the scientific paper, points out. The compounds were further tested in an animal model of zebrafish embryos confirming their toxicity.

Embryonic vascular problems are associated with fetal death, malformations and cognitive impairment at birth, and may be caused by the environment or exposure to drugs, and a reliable test is required that may miss harmful chemicals.

The study was funded by the Foundation for Science and Technology (FCT) and European funds through the COMPETE, QREN and ERDF programs.