NASA has announced an urgent press conference to be held on February 22 at 21:00 Moscow time. Leading astronomers and scientists, in particular, four scientists from the US and a specialist from Belgium, are said to take part in the event, although their names are kept secret. 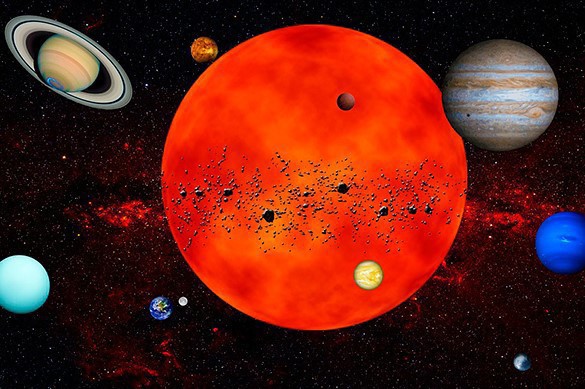 Why so much secrecy about the upcoming event? Are they going to announce a major discovery?

Most likely, they are. NASA experts say that prerequisites to prove the existence of extraterrestrial life have been found. One may only guess whether it goes about an intelligent or non-intelligent form of life. Most likely, the hype is based on signals from other civilizations.

Do you think it can be possible?

Let's wait and see what they say. Previously, scientists had received signals from stars, such as pulsars - magnetized neutron stars that emit strong radiation flows. The first pulsar was discovered in the Crab Nebula. Scientists assumed that the signal from a pulsar was a signal from an extraterrestrial civilization. Everything was kept secret for many months until they realized that the signal was of natural, space origin. This is how British scientists discovered the first pulsar in 1967. Today's conference promises to announce something different.

There are also reports about the possible discovery of seven new extrasolar planets. What kind of planets are they?

Scientists discover such planets on a  regular basis now. Europe organized a special mission  - "Karo" - to search for exoplanets. The Americans did the same with the "Kepler" mission. Kepler telescope has already discovered over 3,000 extrasolar planets. Astronomers say that nearly 99 percent of stars have exoplanets orbiting them. In other words, practically every star that we see in the sky has its own exoplanet.

In Ancient Greece, they used to say: it would be amazing, if a farmer sowed the whole field, but only one seed would spring. Similarly, it is hypothetically assumed that there is life on other planets. All directions of the universe are isotropic, i.e. its properties are the same everywhere. Life can appear in other parts of the universe, but we do not know what form of life it can be.

UPDATE: According to NASA, astronomers have discovered seven alien worlds orbiting one star known as TRAPPIST-1. The newly discovered planetary system is nearly 40 light years away from Earth. Three of the seven planets are suitable for life. Four other planets are either too far or too close to the star, which akes their temperatures either too high or too low.

TRAPPIST-1 star is a red dwarf located in the Constellation of Aquarius. It is an ultracool star that is only a little bigger than planet Jupiter and 2,000 times dimmer than our Sun.

"We can expect that, within a few years, we will know a lot more about these planets, and with hope, if there is life there, [we will know] within a decade," Amaury Triaud of the Institute of Astronomy at the University of Cambridge in England told reporters on Tuesday.