Scientists from Kazan Federal University and their foreign colleagues have developed a new optical data storage technology that makes it possible to increase the capacity of DVD storage a million times. 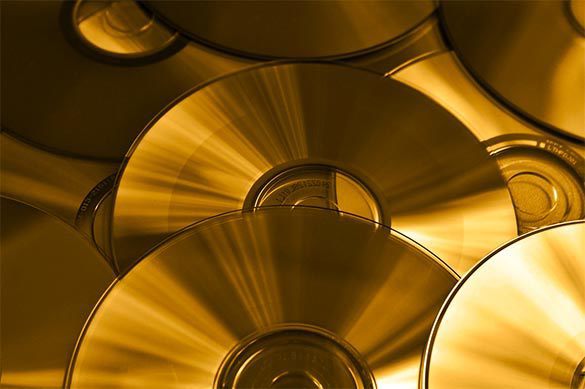 The article published in Nanoscale says that conventional optical storage media, such as DVD or BluRay disks, lag significantly behind hard drives, flash memory and other "hard" drives.

According to the scientists, this gap is due to physical causes. It is impossible to create a denser recording of information with the use of light because of the inability to focus a beam of light on objects or points of surface, the size of which are twice as small as the wavelength of light. For this reason, the recording information density on all optical storage media is noticeably inferior to what can be achieved on magnetic or electronic data recording systems.

Sergei Kharintsev of Kazan Federal University and his colleagues from Harvard University and London's Imperial College found a way out the situation. The scientists developed a technology to increase disk storage capacity up to a petabyte.

"Localization of laser light is provided by an optical nanoantenna that is illuminated by a focused laser beam with radial and azimuthal polarization. This approach was developed on the basis of optical anisotropy of azo-dye polymer films (published in ACS Photonics). The azo-dyes are orientated perpendicularly to the polarization direction under polarized light. This has proven to be a tricky result to achieve because near-field polarization depends on the geometry and material of the optical antenna.

"Switching between radial and azimuthal polarization capacitates the recording of optical information in the azo-dye absorption band and reading beyond that band. The switching speed depends on the local mobility of the dyes in glassy environment - a parameter that for polymer films is critically dependent on their thickness. The team plans to create a prototype of organic near-field optical memory of up 1 Pb/dm2 density. The following advances in subdiffraction technology will be linked to laser beams with orbital momentum - such research may further down the road help additionally increase storage density," a message posted on the website of the Kazan Federal University says.

According to the scientists, the data recording density may thus exceed one hundred terabytes per one square decimeter, which is about 38 times larger than what most capacious modern hard drives can boast of. In the future, the technology will make it possible to reach the mark in one petabyte per one square decimeter. A disc of such recording density will be able to store about a million times more information than a conventional DVD. The technology may thus open a way to low-cost backup storage of data.

Earlier, scientists at the Siberian Institute of Semiconductor Physics named after A. Rzhanov invented a flash drive, the memory of which is based on the multigraph. The technology allows to exponentially surpass the efficiency of modern analogs.

The graphene is a material that consists of carbon atoms constituting atom-thick crystal lattice.

The operation of the new flash drive is based on the injection and storage of electric charge in the storage medium - multigraphene - which is created by combining several layers of graphene. Essential components of this type of flash memory are tunneling and blocking layers. The first one is made of silicon oxide, and the second one is usually made of a dielectric possessing a high dielectric constant.

Multigraphene, "sandwiched" between the tunneling and blocking oxides, creates a deep potential well that the charge is throw into for long-term storage. This makes it possible to optimize the geometry of flash memory.