American molecular biologists have discovered a new antibody capable of neutralising 96 percent of HIV strains and most of its versions, which were previously considered to be invulnerable. The world thus has a hope to receive a universal vaccine against the deadly virus in the near future. 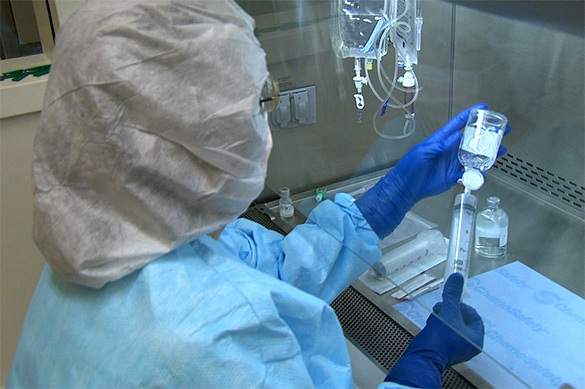 "The discovery and characterisation of this antibody with exceptional breadth and potency against HIV provides an important new lead for the development of strategies to prevent and treat HIV infection," Anthony S. Fauci with the US National Institute of Allergy and Infectious Diseases said.

When a virus penetrates into the human body, our system activates special immune cells called B-lymphocytes. These cells seize particles of the pathogen and then select a special protein molecule - an antibody that attaches to the surface of the virus and thus marks it.

However, these antibodies are ineffective in the struggle against HIV, because most of them can recognise only one type of bacteria or virus. The HIV envelope structure constantly changes, and B-cells can create a universal antibody only occasionally.

In recent years, scientists have achieved significant progress in this regard. Biologists have been able to isolate several of such antibodies from the blood of HIV-positive patients. Some of them even suppress the vast majority of virus strains, but do not allow to completely get rid of the infection due to the diversity of HIV subtypes. As a result, some of the viruses still survive.

The new antibody - N6 - could find a weak point in the protein shell of the immunodeficiency virus. The discovery was made by the staff of the National Institute of Allergy and Infectious Diseases in Bethesda, the United States. The team is led by Mark Connors, RIA Novosti reports.

The antibody was found in the blood of a patient, whose immune system was fighting against the infection quite successfully. The man was living with HIV for more than 20 years and had a normal immune system, even though he had not been taking anti-retroviral drugs for a long time.

A similar discovery was made six years ago. In 2010, scientists discovered VRC01 antibodies that were effective against 90 percent of HIV strains. However, the newly discovered antibody does the job better as it "clings" to the virus in another part of the protein, which remains almost unchanged during its mutations. The new antibody does not come into contact with sugar molecules on the HIV envelope, whose ever-changing structure protects the virus from attacks of the immune system.

The new antibody has a rather unusual structure and allows to introduce new mutations. The N6 antibody will be tested together with the previously discovered VRC01. Scientists believe that the new discovery will give an opportunity for HIV-positive patients to live longer.