It is generally believed that mankind of the XXI century is much more progressive than our predecessors, who lived hundreds and thousands of years ago. However, in ancient times, there were technologies that could come in handy in our days. Unfortunately, though, the secrets of those technologies have been irretrievably lost. 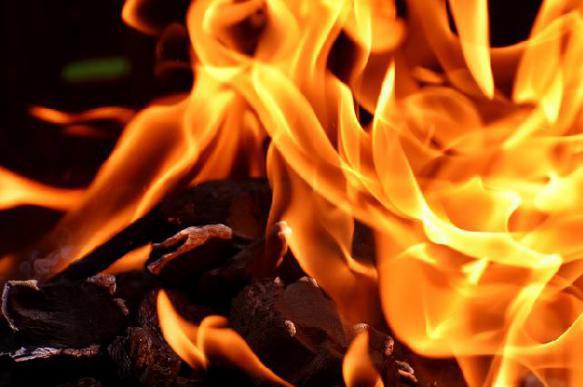 Let's take the period of antiquity. An expert on folklore and history of science at Stanford, Adrienne Mayor, unveiled some very interesting, yet little known details of that period, in the book titled "Greek Fire, Poison Arrows & Scorpion Bombs: Biological and Chemical Warfare in the Ancient World."

Do you know what Greek fire is? In VII-XII centuries, the people of Byzantium used this chemical as a weapon in sea battles. They would splash this liquid at enemy soldiers - and the latter would turn into pillars of flame. The water was no rescue, as the liquid continued to burn even in the water. To extinguish the fire, one required sand, vinegar or urine.

Greek fire can be seen on a miniature of Madrid manuscript of John Skylitzes, which depicts a battle of the Romans with the flotilla of Thomas the Slav, the leader of the anti-feudal revolt in Byzantium. The following words can be seen above one of the ships: "The Romans set the enemy fleet on fire."

Famous Greek scholar Archimedes, who died in 212 BC, allegedly developed a beam weapon, with which it became possible to burn a Persian fleet. The weapon was made of bronze shields that could reflect sunshine in a destructive way.

In 2005, students at the Massachusetts Institute of Technology managed to invent such a technology. The students conducted a successful experiment, in which they  burned a boat in the harbor of San Francisco.

The extraordinary durability of buildings built in Roman times also deserves attention. Many of them were built thousands of years ago, but one can touch them even today. However, modern buildings start crumbling in just a few decades ...

As it turned out recently, the secret of longevity of Roman concrete lies in one of its ingredients - volcanic ash. Experts at the University of California at Berkeley found that a compound of calcium, aluminum, silicate and hydrate serves as a binder, while  making the material less durable than modern concrete. That is, in case of explosion, for example, such a construction would be demolished, although it would last longer than modern buildings under  favorable conditions.

Ancient sources can give us some bits of information about so-called flexible glass. For the first time, it was mentioned by Petronius, who died in 63 AD. He told the story of  a glassblower, who presented a glass jar as a gift to Emperor Tiberius (14-37 years BC). In emperor's presence, the glassblower dropped the jar on the floor, but the jar did not break into pieces. The fall only deformed the glass jar slightly before it regained its original shape. Tiberius ordered to behead the glassblower. The emperor assumed that the  man could do the same to precious metals.

It was only in 2012, when a company called Corning developed flexible "willow glass". The material is heat-resistant and flexible enough to be rolled up. For the time being, the material is used in the production of solar batteries.

Many have heard of the miraculous Damascus steel, from which swords were forged in the Middle East during the Middle Ages? This technology originated approximately in 300 AD. For a long time, Damascus steel was considered the strongest metal in the history of mankind, although the exact composition of this steel  remained secret. It was only known that it was based on special alloy - damask.

In the middle of the XVIII century, the production of Damascus steel was stopped. The secret of this metal was unraveled not that long ago, in laboratory conditions, with the help of scanning electronic microscopy.

King Mithridates VI of Pontus (120-63 years BC), supposedly invented the recipe for a universal antidote that allegedly was a remedy to all poisons. The substance was named after the inventor - mitridatium. Subsequently, a personal physician of the Roman Caesar Nero perfected the formula of the substance. The original recipe was lost in time; we only know that mitridatium included opium and a combination of low doses of various poisons and their antidotes.

In 1992, former Soviet biologist Sergey Popov, who emigrated to the United States, tried to recreate mitridatium, although to no avail.