Space to become main battlefield in next ten years

Billionaire Sir Richard Branson is ready to invest his wealth in a web coverage project for the most hard-to-reach corners of the world, districts with a poor infrastructure, and passengers of various airlines. It can be done by means of 648 low-altitude satellites. Leonid Delitsyn, an IT analyst from FINAM GLOBAL, explained in an interview with Pravda.Ru whether it was really possible to create such a global satellite network and how it could affect global processes. 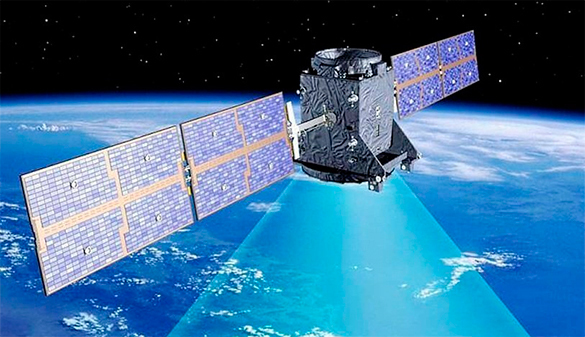 "Global low-altitude satellite projects were initiated as far back as in the 90's, when the main competitors were Iridium and Teledesic. Iridium still exists, although this operator also went through a bankruptcy. Such projects are very cash-consuming and their payback can stretch for decades, because they largely depend on the financial support from the government and on how project initiators will persuade some market niches that such project is really necessary. But as a rule they count on public or defence contracts," Leonid Delitsyn said.

As the expert stressed, in a certain sense the world will have to go though a decade of new "star wars", because the space has become a provider of communication services and the remote sensing of the Earth. It's not only satellite images, but also video.

"Such materials are required in agriculture, meteorology and carriage by sea. While earlier the Space was mainly used for military purposes, now the circle has widened, and there appeared customers who are ready to pay. The space is in demand. What is good in the satellite Internet is that it is available everywhere, but it's very expensive, and no considerable cost reduction can be expected as long as there are few satellites. But if Branson and Alon Mask launch satellites, such networks will be quite equivalent, and the Internet can become cheaper. It is very important, because many developing countries almost have no Internet," Leonid Delitsyn explained.

As the analyst said in the conversation with a Pravda.Ru correspondent, it is generally unprofitable for service providers to provide an Internet access for the poor part of the population. "Therefore no local operators appear, the rich part of the population uses the Internet in big towns, and the poor use radio sets, three pieces per tribe. In such a situation countries that lay claims to global leadership get a chance to cover a considerable part of the global population with their webcasting. Accordingly, Branson's and Elon Mask's projects may expect a considerable government support."

The Pravda.Ru correspondent asked the expert when such projects would be probably implemented.

"We need all that right now. That is why they will hurry, and such projects must be completed with some intermediate success. They must start functioning within five years," Leonid Delitsyn said.