From November 12 to 17, Sydney, Australia is home to the 2014 IUCN World Parks Congress, the world's most influential and international venue which focuses on protecting the world's protected areas. "The Promise of Sydney" is the name given to this year's final document, the result of discussions among 5,000 participants. 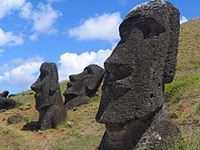 The final document, entitled "The Promise of Sydney" will provide a framework for the global conservation agenda, analyzing the challenges and successes involved in conservation works and a sustainable development agenda, and will constitute a state-of-the-situation reflection on the issue of biodiversity. The International Union for Conservation of Nature's World Parks Congress has met once every decade since its first venue in 1962, the last time being in 2003 in Durban, South Africa, resulting in the Durban Action Plan, which launched the Natural Heritage Strategy of the World Heritage Centre. The theme for Sydney is Parks, People, Planet - inspiring solutions.

UNESCO Director-General Irina Bokova will deliver a message from UN Secretary-General Ban Ki-Moon at the opening ceremony today and the opening plenary will ask the question "Why do protected areas matter?" Participants will include World Heritage site managers and marine heritage property managers from all regions of the planet, who will debate and discuss themes related with eight topics:

These discussions will attempt to position the world's 228 national parks and protected areas, which account for over 14 per cent of the land surface and almost three per cent of the oceans, so that economic and community projects can be implemented, articulating the role of these areas in protecting and conserving nature, delivering ecosystem services.

In Sydney it is also hoped to strengthen conservation targets, to gauge and foster global interest in the health of the planet, forming links between the various development vectors, engaging citizens in what can only be termed a global project. The Promise of Sydney will present practical, nature-based solutions and answers to the Earth's major challenges. In the words of the World Parks Congress, "For the first time, the Congress will collate and communicate the most compelling and inspiring solutions to global challenges. It will help create new sustainable commitments for protected areas across the conservation, development and business sectors. This will be the promise of Sydney".

Russia responds to remarks about Washington getting ready for conflict with Moscow
US seriously considers supplying Boeing's GLSDB long-range artillery weapon to Ukraine
If the West caps prices on Russian oil, Moscow will not shoot itself in the foot
What is the future of science? Michael Pravica How to start a war Jan Westh Putin will not let Armenia exist Collective Security Treaty Organisation Lyuba Lulko
Ukraine will plunge into total darkness in a few weeks