Nuclear disaster and collapse of energy industry in store for Ukraine 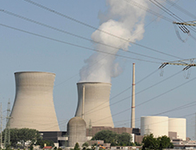 Ukraine may soon experience a nuclear disaster and collapse of the energy industry. All this may happen because of the American fuel that Ukrainian officials intend to use at nuclear power plants, in spite of the fact that nuclear plants in Ukraine were built to operate specifically on Russian energy sources.

Ukrainian corporation Energoatom is ready to sign a contract for the supply of American nuclear fuel - Westinghouse. The contract can be signed already next week. The fuel is planned to be used for three reactors. The contract will be concluded through 2020; the deal is evaluated at about $100 million. It may seem to be a normal procedure, but the history of relations between Westinghouse and Ukrainian energy companies was complicated and dramatic.

Prior to 2011, all nuclear fuel to the country was supplied by Russian company TVEL. Afterwards, the contract to supply fuel for three power-generating units was signed with Westinghouse. A year later, problems began. The material of the housing of the rods, in which uranium fuel tablets were placed, turned out to be of poor quality. When repairing the reactors of the South-Ukrainian NPP, specialists discovered that so-called fuel assemblies lost geometry and began to bend. Experts concluded that the power units could come out of order at any time.

"The Ukrainian NPP reactors are of the Russian (Soviet) project. They were designed for the fuel that Russia makes in the town of Elektrostal. The use of fuel assemblies of the US production does not fit under the Russian project," deputy chairman of the International Union of Veterans of Nuclear Energy and Industry,  Yevgeny Akimov said.

It was Russian specialists who had to solve the problem: the reactors were switched back to TVEL's fuel. Ukraine's nuclear control department banned the further exploitation of Westinghouse due to insecurity and violations of technical requirements. The Ukrainian budget lost $175 million, but it was not the money that was at stake.

Nuclear energy provides for a half of all electricity in Ukraine. There are four operating nuclear power plants in the country, with 15 generating units in total. On the number of reactors, the country comes tenth in the world and fifth in Europe. Experts are certain that the use of questionable technologies, especially in a hurry, without thorough legal and technical preparations, may lead to lamentable consequences to Ukraine's neighbors.

"We are positive to any competition, and we have always won competition before.  There is another important thing here. The nuclear industry safety has absolute priority. Therefore, a key requirement is to ensure all decisions should be made on the basis of weighted, thought-out and primarily technological conditions. Commercial conditions are secondary. Political aspects should not interfere in this: if a decision is made for political reasons, then it poses a serious threat," said General Director of Russia's State Corporation Rosatom, Sergey Kiriyenko, vesti.ru reports.

Noteworthy, the Czech Republic refused from Westinghouse for safety reasons as well, after unsealed fuel elements were found at NPP Temelin. As for Ukraine, Russian experts are convinced that a special commission of the IAEA should evaluate possible threats before Westinghouse could start shipments.