Solar energy: without encouragement there is no hope 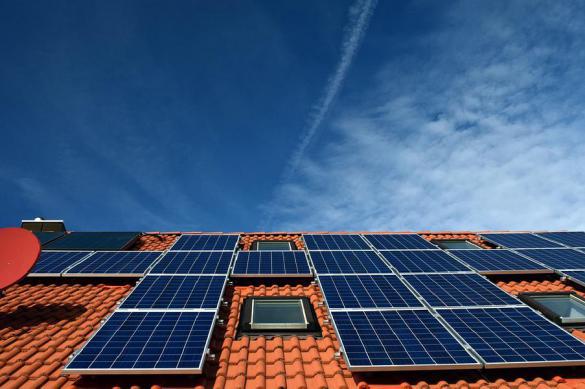 Hector Costa Scalambrini
Professor at the Federal University of Pernambuco

Europe is still the main consumer of solar energy, accounting for 76 % in 2012. The high point is Germany, which alone accounts for 30% of world use. According to the Solar Industry Association (BSW-Solar), about 8.5 million people are already using solar energy to generate electricity or heat, i.e. in every 10 Germans, one uses solar energy. Photovoltaic solar energy is already serving 5% of the electricity demand in the country. The industrial sector aims to increase this offer by 10% in 2020 to about 20% by 2030, even with the additional fees paid by the consumer to subsidize renewable energy sources.

Due to the current economic situation in Europe, the Worldwatch report highlights that the European position regarding solar electricity production is threatened, as Italy and Spain recently changed their policies to encourage renewable energy sources, which undoubtedly will hurt the expansion of the solar industry in the region.

The United States and China are the current most promising markets for photovoltaics. China recently announced the decision of its Board of State increase by 10,000 MW every year, arriving in 2015 with an installed capacity of 35,000 MW. Only in 2012, 8,000 MW were installed. The U.S. expects until the end of 2013 to supplant the mark of 13,000 MW installed.

Meanwhile in Brazil, the country which receives the highest levels of solar radiation on the planet, particularly its Northeast region, according to the Ministry of Mines and Energy (MME), in December 2012 the installed photovoltaic capacity in the country was an insignificant 8 MW.

One reason for this lackluster use of solar power to produce electricity is the complete lack of interest from formulators and managers of the Brazilian energy policy. This is corroborated in public policy planned for the country. According to the Energy Planning Company (EPE), the Ten Year Energy Plan 2013-2022 provides for the generation of a paltry 1,400 MW of distributed generation via solar power by 2022 .

The price of this energy is the greatest impediment according to the MME  for a proper dissemination. According to estimates from the MME, the cost of photovoltaics was estimated at R$ 280,00 to R$ 300,00/MWh, and could fall to $ 165.00 USD/MWh within five years. This is nonsense in the current reality, which ends up inhibiting its use. Moreover, there is no consistent policy of support and/or encouragement of this energy source.

Who better to set market prices than auctions? However, the SPC has delayed and delayed such auctions, which in turn have been marked and rescheduled numerous times in recent years. Finally, on November 18 the 17th New Energy Auction took place, including first solar photovoltaic energy, plus the energy offerings , like those of Small Hydropower (SHP), thermal power plants, biomass plants and wind energy. Only wind projects were negotiated.

The cold shower, which stopped solar energy investors from participating in the auction, was the auction format; the decision of the SPC which established an excessively low energy trade price and the lack of clear incentives and actions of the government towards boosting this energy source did not help. This was established by the company, which does everything to stop the development of solar energy in Brazil, and so the ceiling price was set at in R $ 126,00/MWh .

This value was set for the wind projects, which, by the way, is currently the second most inexpensive electrical source after hydropower. With a market on the rise, wind power was the winner of the auction on November 18. Quite different from the case of solar energy generation projects which were offered for the first time in this type of contract.

With the price cap announced, there could have been no other result than the total lack of interest among entrepreneurs. Despite having 3,000 MW of photovoltaic projects entered, none of them was sold. Thus there are very clear signs that the current administration of Brazil's energy policy is not interested in solar energy.

16:11
Russian media reveal the name of the next possible Ukrainian president
15:05
Five foreign vessels leave port of Mariupol
15:02
Biden to 'stand up to the gun lobby' after the Texas school shooting
14:51
European Commission proposes to criminalize circumvention of sanctions
14:42
Putin signs decree for grant Russian citizenship to Kherson region of Ukraine
14:42
Reuters: key stage of Russian operation in Ukraine begins
14:24
Captured Donbass battalion* militant: I lost 50 fellow officers
00:24
14 students and one teacher killed in Texas school shooting
20:44
Hundreds of ex-PM’s supporters arrested in Pakistan ahead of Islamabad march
20:11
Horoscope for May 25, 2022: Know your astrological predictions
World
Expert explains why Ukrainian army is finished if it doesn't leave Severodonetsk