Solar Impulse: The future of flying

What are the major aircraft manufacturers trying to do today? Produce lighter machines which have a greater autonomy, consume less fuel and take more passengers to their destinations faster. Solar Impulse, the aircraft which can fly in the daytime or at night without fuel, has made its test flight over the USA. 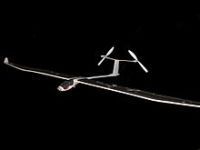 Solar Impulse flew over the mainland of the United States of America, from coast to coast, starting its journey in California, stopping in Phoenix, Dallas, Saint Louis, Cincinnati and Dulles and arrived at JFK International Airport at the weekend. The co-founders of the project, the Swiss scientists Bertrand Piccard and André Borschberg, piloted the aircraft, a super-efficient plane which has 11,000 solar cells, can reach an altitude of some 30,000 feet and has a top speed of 70 km/h. The structure of the aircraft is composed of carbon fiber, it has electric engines and lithium polymer batteries.

Hardly a competitor for the pilot's plane, the Boeing, or the engineer's plane, the Airbus, or anything the Brazilians (Embraer) or Russians (Sukhoi, Tupolev, Ilyushin, etc.) can produce... yet. However, remember the Wright brothers' maiden powered flight on December 17,1903 and how little time was needed to pass before intercontinental passenger airliners were flying across the world?

At a reception at NASDAQ, pilot Bertrand Piccard said: "Solar Impulse is meant to inspire people, to bring new technologies to the public. If we want a cleaner and better world, technology will play that role...The technologies on our solar plane are designed to be energy efficient and light. These technologies and are slowly finding their way into other applications, creating profit - and that's what will make the clean tech industry grow into the future."

Solar Impulse is without any doubt a beacon of hope for the future of environmentally friendly aviation in the future, hailed by UN Secretary-General Ban ki-Moon as providing inspiration: "The Solar Impulse flight across the United States proves that with ingenuity, we can harness [solar energy] for impressive results," he said, adding "Let us take inspiration from your example and harness the power of multilateralism to address climate challenge and achieve sustainable development".

The UNO has plans to launch an initiative implementing a legally binding climate change agreement on all countries by 2015 and then setting three global targets by 2030:

*the doubling of energy efficiency

*the doubling of the share of renewable energy in the world's energy mix.

Certainly the Solar Impulse is a step in the right direction, albeit an early one. By 2015, the co-founders and pilots aim to make a flight around the world. For Bernard Piccard, "So many people are prisoners of old ways of thinking; afraid of the unknown. What we need is pioneering spirit [so] doubts and question marks stimulate the desire to bring new solutions and applications."

Solar Impulse is a victory for those who believe in the power of the imagination and is for sure the prototype of tomorrow's aircraft.