Dutch scientist Wim van Westerenen believes that the Moon could appear as a result of the explosion of the Earth's core. Writer and journalist Vladimir Gubarev shared his opinion with Pravda.Ru on the subject of the origin of the Moon. 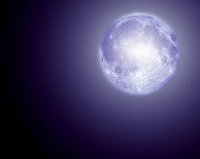 "It is wonderful that there are still many fantastic projects and ideas about the moon. However, it appears after the flights of Russian spacecraft and American missions to the moon that everything is clear. The theory of the Dutch scientist is an interesting hypothesis, although it is a bit outdated, as if it comes from the early 60's. When the exploration of the moon was started, there was a lot of debate about what the moon actually was and where it came from. The whole scientific world was divided into two parts. The first part said that the moon was solid, and the second one said that it was soft and was covered with 20 meters of dust. Different ideas emerged during that time. For example, it was said that there was a reactor in side the Earth, and that our planet used to be a mini-sun. The Earth was emitting prominences, from which the moon was then formed.

"When scientists began to carefully observe the moon, they could not understand, whether the moon was covered with a layer of dust or was a solid body. A famous dispute of astronomers took place in the office of Chief Designer Sergei Korolev. The opinions of scientists split 50 to 50. Then Sergei Korolev tore a piece of paper and wrote on it: "The moon is solid." That was the beginning of the development of a lunar spacecraft that was designed for landing on the moon. He wrote that the moon was solid, because soft dust would make the landing of a spacecraft impossible at that time.

"Different hypotheses about the origin of the Moon appear occasionally. Nowadays, we know almost everything about it. The most interesting hypothesis, in my opinion, came up from writer Mikhail Vasiliev, my teacher. It goes like this: "The moon is hollow inside, it's a giant alien spaceship, and they came to us, they orbit the Earth and study us." Unfortunately, it appears that the moon is not hollow at all.

"It's 99.9 percent clear to all now that the Moon was formed together with the Earth. There was an asteroid belt, so the Moon is one of those asteroids. There is a similar hypothesis about all natural satellites of the planets of the solar system. When planets were formed, satellites were formed together with them from dust clouds. The belt of asteroids appeared from the legendary, but in fact real-life planet Phaeton, which at one time exploded into pieces under the influence of gravity.

"It is possible that something like this may happen to the Earth. Depending on changes in the parameters of celestial mechanics, the Earth may also break into pieces and form another asteroid belt around the Sun. But I hope that it may happen in over 4.5 billion years when the sun goes out..."