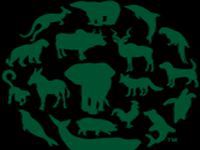 LONDON (9 May 2013) - In the wake of an Australian investigation into cosmetics' brands and inaccurate information provided to consumers, Humane Society International urges companies to join forces with its global campaign Be Cruelty-Free and end animal testing. An investigation by Australian consumer watchdog group Choice appears to show representatives of major cosmetics brands such as Lancome, Dior, Clarins and M.A.C misleading customers about animal testing of cosmetics in China.

Choice claims its investigation uncovered that some companies are failing to provide accurate customer information at point-of-sale or on websites and packaging about how their products may be tested on animals in, or for, China. Chinese law requires that cosmetics sold or manufactured within the country be subject to new animal testing such as eye and skin irritation tests on rabbits and rodents. A number of cruelty-free brands such as LUSH Fresh Handmade Cosmetics and Paul Mitchell Systems have either never sold in China, or have pulled out of China due to the country's animal test requirements. However, most market-leading companies and brands do sell in China and are therefore highly likely to be involved in new animal testing.

"Our Be Cruelty-Free campaign finds that consumers worldwide don't want animals to suffer for cosmetics testing, and they want to choose cruelty-free brands where available," said Wendy Higgins, HSI's Be Cruelty-Free communications director. "It doesn't matter where in the world animal testing has taken place. If animals have suffered and died to test new lipsticks or face creams, products are not cruelty-free. Consumers want beauty without animal cruelty, and companies owe it to their customers to listen, to go cruelty-free, or at the very least to be honest when they fail to achieve that ethical standard. We urge brands to come clean on animal testing and to work alongside us to change laws in China and elsewhere."

HSI's Be Cruelty-Free campaign is working in China to eliminate animal testing from the cosmetic test requirements and to promote modern, non-animal research techniques. China has the potential to become a world-leader in research without animals.

According to Choice, their investigation shows some sales staff for major cosmetic brands appearing to claim the products were not tested on animals when in fact the manufacturer sells in China, and the sales staff of one company - Clarins - even claiming incorrectly that animal testing is illegal around the world. In fact, cosmetics animal testing is only illegal in Israel and across the European Union. From January and March this year, respectively, it is also illegal in both regions to sell cosmetics that have been newly animal tested anywhere in the world. However in most other countries, cosmetics animal testing is not prohibited.

Be Cruelty-Free advises shoppers to use the Leaping Bunny guide to be sure that the products they buy have not been tested on animals after a fixed cut-off date. Australian BCF campaign partner, Choose Cruelty Free, also has a shopping guide available. Additionally, Be Cruelty-Free has strict ethical criteria that companies must abide by to work with the campaign. Companies must not use products or ingredients that have involved new cosmetics animal testing, nor can they sell in regions such as China where animal testing is still required.

As well as shopping cruelty-free, consumers can support the Be Cruelty-Free campaign to end cosmetics cruelty globally.

Humane Society International and its partner organisations together constitute one of the world's largest animal protection organisations. For nearly 20 years, HSI has been working for the protection of all animals through the use of science, advocacy, education and hands-on programmes. Celebrating animals and confronting cruelty worldwide - on the Web at hsi.org/becrueltyfree.