Science is being corrupted to a point of fraud 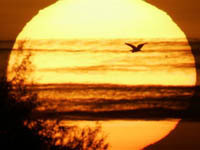 Irrationality in science is every bit as extreme as we see in media events, perhaps more so because of the increased demands in science. Very little science is visible to the public. The carbon dioxide issue is an example of science which has come to the surface of public concerns, and it shows a lack of objectivity which can only be called religion and a lack of standards to a point of outright fraud.

Corruption begets corruption, which means the state of science is deteriorating to where it is reversing every element of knowledge which is vulnerable. The simplest example may be the asteroid belt. For centuries, scientists have known that the asteroid belt was created by a planet exploding between Mars and Jupiter. Now scientists say it was not a planet exploding but the gravity of Jupiter which created the asteroid belt. Obviously, gravity cannot create broken chunks of rock. The explanation appears to address the wrong question, like why do the rocks orbit the sun instead of where did they come from. The rocks were scattered all over the solar system but swept away in all planetary orbits. Pluto is now said to be an asteroid, as it is too small to be a planet. Numerous other asteroids are near Pluto's orbit.

To correct the definition of energy, one could say that a 4 kilogram object dropped for 1 second will do the same thing as a 1 kilogram object dropped for 4 seconds. This proportionality conserves mass times velocity nonsquared, but not mass times velocity squared. When using a rocket to create these velocities, the same amount of energy is used in both cases. The math is unquestionable, but of course, physicists will hear none of it.

I'm an independent mushroom scientists. Being independent, I'm not allowed to publish my results. We saw how the publishing process is controlled in climate science through leaked emails from Hadley Climate Research Unit in UK, where the peer review process is used to prevent opponents from publishing, and editors are thrown out if they publish material from opponents.(2)

These standards testify to the illegitimacy of the results. Valid results are not imposed. Climate science is so complex that there is very little measurement of evidence or real science involved. One of the few relevant measurements is the average global temperature measured through time. Recorded temperatures show no significant increase over the past century. Frauds used numerous methods of showing an increase including the lowering of earlier measurements and increasing more recent measurements. They will not tell other scientists how or why the alterations were made. They also use statistical bias by discarding stations which would show colder temperatures. A study of these fabrications was made by Joe D'Aleo and Anthony Watts in 2010 and published on the Science and Public Policy web site.(3) They said, "The startling conclusion that we cannot tell whether there was any significant "global warming" at all in the 20th century is based on numerous astonishing examples of manipulation and exaggeration of the true level and rate of "global warming".

Every element of the complex subject of global warming has junk science behind it serving as the prevailing influence. I explain the background science of these subjects on my web site at www.nov79.com. An example is the Stefan-Boltzmann constant. It states how much radiant heat is given off per square meter of a surface at any temperature. The constant is applied to the atmosphere, which doesn't have a surface. The constant says that the 235 watts per square meter of energy which must be leaving the earth is radiated from a square meter of surface at a temperature of -19C. Frauds in climatology then say that there is a zone about 5 kilometers up in the atmosphere at that temperature, and the radiation which cools the planet leaves from that zone. Isn't there a difference between a zone and a surface? How thick should the zone be? What keeps radiation from leaving at -18C, which is found just below the fake zone? No one seems to be trying to kid anyone about the fakery of the science. The arrogance of it is stunning. It's a measure of how corrupt science has become.

The stupidity of some of the Ph.Ds. on this subject is demonstrated by this statement: "The amount of carbon dioxide taken out of the atmosphere by plants is almost perfectly balanced with the amount put back into the atmosphere by respiration and decay. Small changes as a result of human activities can have a large impact on this delicate balance." If photosynthesis is not metabolizing the exact same amount of CO2 as respiration, biology is disintegrating someplace. No humans or laws of nature can change that relationship. Actually, chemolithotrophic bacteria can modify it, but they are less than one part per trillion of the biology. (The word respiration is often combined with decay. Decay is a form of respiration. What is not a form of respiration is fermentation, which liberates CO2 also.)

This standard took over physics three centuries ago, when the false definition of energy was produced. There has been little more than extreme corruption in physics since Newton's laws were presented in 1687. James Joule supposedly proved the erroneous definition of energy to be correct in 1845 by stirring water in a wooden bucket to show the relationship between force and heat.(5) Joule did not have the slightest ability to make such a measurement. He never published his procedure in detail, but he sent a chatty note to a publisher describing some of it. He didn't originate the concept. Physicists were trying to use that procedure but failing. Joule wasn't a physicists; he was copying them and claimed to solve the problems which they could not solve.

One of the main problems was that the water would swirl faster and faster preventing force from being determined. Force was determined by weights hanging from cords which were wound around a spool. As the weights dropped, they would turn a paddle which stirred the water. Acceleration of the weights would make the force undefined.

He said he dropped the weights 12 yards (meters), 16 times. Winding the weights back up 16 times would have taken two athletes an hour or more. The amount of temperature increase which Joule claimed he got was 0.5C. It would have disappeared into the wood and metal in about 30 seconds. There were no thermal conductivity coefficients to determine where the heat was going. He claimed he eliminated effects of the atmosphere by dropping the weights an additional time. There is no method of eliminating environmental effects. To make such a claim means he never actually went through the procedure.

But physicists claim they get the same number now days, and Joule was only off by 3 parts per thousand. Joule got 4.2 Newton-meters per calorie, while the modern number is 4.1868 N-m/calorie. Since Joule had no ability to get any result, it means the number is contrived.

This number was called Joule's constant for quite awhile, but now days it's usually called "the mechanical equivalent of heat." How it is measured now days is unimaginable. I once saw a claim on the internet that it is measured by compressing a gas. Compression of a gas does not produce heat. The force is totally elastic when compressing a gas. I haven't found evidence in physics books of how the number is measured. All indications are that the number is contrived. It certainly cannot be a correct number, when mathematical proof shows that force times distance does not transform into a consistent amount of heat.

Isn't quantum mechanics a study of electrons orbiting nuclei? The subject of quantum mechanics is built upon the fallacy that light acts like particles of energy. Particles have length, width and depth; energy does not. Physicists form their assumptions from the fact that the wavelength of light must be just right to bump electrons up to a higher orbit. Supposedly the right wavelength has just the right size of energy packets. That's not what happens. The wavelength must be just right so that light bumps electrons on one side of their orbit only. If both sides of the orbit were bumped, one side would neutralize the other. Wavelength can then be a fraction of the orbital cycle, and more than one bump could hypothetically be used. There is no present proof to this logic, but it is more in line with science principles than claiming energy can form particles.

(1) Energy Misdefined in Physics. By Gary Novak. http://nov79.com/en/ener.html.
(2a) Climategate: Caught Green-Handed! By Christopher Monckton. 11-30-2009. http://scienceandpublicpolicy.org/originals/climategate.html.
(2b) ClimateGate for Dummies. By Steve Watson and Paul Joseph Watson. 11-27-2009. http://www.prisonplanet.com/climategate-for-dummies.html.
(3) Surface Temperature Records: Policy Driven Deception? By Joseph D'Aleo and Anthony Watts. 8-27-2010. http://scienceandpublicpolicy.org/originals/policy_driven_deception.html
(4) Global Warming not Caused by CO2. By Gary Novak. http://nov79.com/gbwm/gbwm.html.
(5) On the Existence of an Equivalent Relation between Heat and the Ordinary Forms of Mechanical Power. By James P. Joule, Esq. 8-6-1845. Found in, Energy: Historical Development of the Concept. By R. Bruce Lindsay. 1975. p345.

I'm an independent mushroom scientist and evolution biologist. I've been studying the evolution of the morel mushroom, which evolved from a single celled yeast in this ice age cycle, which means between 80 and 20 thousand years ago. I've also been working on a growing procedure for mushrooms which uses glucose instead of compost.