TV as we know it to be killed pretty soon

It is an open secret that people do not watch TV as much as they used to. Many say that there is nothing interesting to watch on TV today. This answer would be considered very strange ten or fifteen years ago. Nowadays, most people miss their favorite TV shows all the time. The main disadvantage of modern television is the lack of feedback. 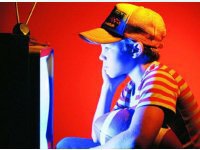 For this reason, more and more people prefer to switch to the Internet, where they can have interactivity whenever they wish to. In social media - blogs and social networks - people interact with others. Moreover, the Internet is a place where one can find the desired content at any time. In an attempt to bring people back to TV screens, one of the world's media trends of recent years - Social TV - was created.

Integration of TV and social networks

So what is Social TV? The technology of Social TV is based on the introduction of social media directly into television, thus eliminating the Achilles' heel of TV - its one-sidedness. Interactivity grows, and the line between what is happening on the screen and the viewers disappears as viewers become involved in what is going on. Social television can provide voice or text chat, or videoconference right on the screen, thus creating a sense of presence, along with the transmission of television content. You can, for example, watch a football match with your friends, even though you could not get together with them.

In addition, Social TV allows users to leave comments and recommendations about television programs, as well as to rate them. In other words, you can watch a favorite show and discuss it at the same time. A rating is seemingly unimportant, but given the fact that the choice of resources on the net is immense, rating becomes extremely useful. Social TV does not limit you to a conventional television screen. It allows additional equipment, such as a smartphone, a tablet or a netbook.

The interactivity of Social TV raises the fading interest in television. Stowe Boyd, a business expert in social media, has recently published a report titled "Social TV and the Second Screen." The analyst believes that many people use several devices simultaneously. For example, viewing traditional TV, they may simultaneously talk on a cell phone or discuss the show on Facebook.

The expert concluded that television has been losing its role of a major social platform. It becomes more of a backdrop for the people, who actively interact with each other through other technologies. As long as the usual style of TV viewing changes, it leads to changes in advertising policies. Stowe Boyd believes that the era of 30-second TV commercials is coming to an end. "New advertising models - ones that are much more aligned with web advertising models - are already emerging on the second screen, and these will lead to a rapid decrease in the proﬁtability of the Old TV model as ads playing on the dumb TV device are displaced by ads and other forms of participative sponsorship on the second screen: on users' smart phones and tablets," Boyd said in his report.

Annette King, executive director of marketing agency OgilvyOne, offers a good example of a new model of advertising in Social TV technology. "If Jamie Oliver is making a special truffle recipe on television, you can use your tablet to find out where truffles grow in the world, or how to make Jamie's recipe. You can get people involved through the second screen," she said.

Denis Terekhov, CEO of Social Networks agency, agrees with the fact that the possibilities of targeting ads owing to social networks have grown enormously. "It is quite possible that in the future everyone will be watching a show that they need to watch, receiving the ads that they are interested in, based on their personal preferences. For advertisers, this opens great opportunities for targeting advertising," he said.

Producers of TV content consider the industry promising. They invest heavily in the technology. The industry is open to new experiments, so participants develop in different ways, for the time being. Some broadcasters close down, trying to organize Social TV into their own platforms. The majority, however, organize projects, cooperate with social networks (for example, they integrate Twitter into their platforms). Industry players such as the BBC and CNN entered into agreements with representatives of social networks such as Facebook, that actively try to enter the market.

Spokespeople for the company Informa Telecoms & Media believe that Facebook will play a key role in the revolution of social television. According to Nick Thomas, a senior analyst with Informa Telecoms & Media, broadcasters face a threat of downgrading ratings in the near future. Facebook can breathe a new life in traditional television with its strictly planned schedule of programs. Indeed, the number of Facebook users in 2012 exceeded 1 billion. The sales of tablet devices have been growing too. All this stimulates the growth of Social TV users who use Facebook, Twitter and other means of communication. Now they will be watching TV holding their gadgets in their hands.

In the West, Social TV is used by many channels, including: MTV, the BBC, NBC, Fox, CBS, ABC and others. London will hold the international summit on Social TV in May 2013 - "Social TV World Summit".

In Russia, the use of this technology is very limited. The equipment that supports Social TV only starts to emerge. One of the representatives of social television in the Russian market is Samsung with its Smart TV technology. "In social media, we follow the West. We are at least six months behind the West at this point, but the gap has been getting shorter," says Denis Terekhov. "One can now say that with the appearance of video hostings, all classic media, including Russian, have lost their monopoly for the right to distribute information.

In fact, any blogger itself is a channel. Now a television channel is not a button on your TV remote control. A channel is the content that you want to watch. In many ways, the appearance of Social TV in Russia will show how Russian social networks will be able to integrate into this technology.