The myth of the "25th frame effect" is remarkably tenacious. Despite the fact that it has been repeatedly denied, mentioning of it as something real still appear in the media. Moreover, a number of countries have laws prohibiting the use of this most notorious effect when broadcasting television commercials.

Interestingly, the majority of people take it for granted. If there was a law banning witches from flying over downtown Moscow in the afternoon, people would have had doubts as to the mental health of the legislators. Yet, the absurd laws against 25th frame are considered normal, although it is as much of fiction as witches' flights. 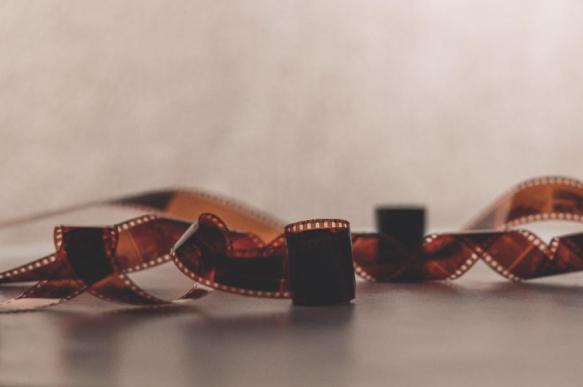 What is the 25th frame? It is believed that the human eye when viewing a video cannot distinguish between more than 24 frames per second. In fact, this is not true because the ability of perception of frames depends on the clarity of the edges of images and the speed of movement of objects on the screen. Sometimes we can see not only 25 but even 26 frames per second, and sometimes - only 20. Number "24" has emerged as a result of the averaging of data.

However, this is not the point. The adherents of the "theory" of the twenty-fifth frame argue that the additional frame shown less than 1/24 second, bypasses the mind, and directly affects the subconscious. That is, information contained in this frame is remembered by a person, but is not seen. Once it is saved in the memory, at some point it can be used by the brain.

A few years ago, at a press conference, deputy director of the Institute of Television and Radio, Doctor of Engineering Science Svetlana Nemtsova explained the "25th frame effect" as follows: "Hidden frames adversely affect people's subconscious. For example, if this frame has a text "Kill your neighbor," a person may feel inexplicable aggression and this appeal may work ... This is similar to hypnosis and can force any actions or ideology."

Unfortunately, the respected doctor of technical science could not explain why this most unfortunate frame should have such an effect. This is no accident, because it is impossible in principle, and can be confirmed by any neuroscientist. The brain of any living creature, including humans, is designed so that it can only access the information that comes from the receptors. The information that cannot be caught by the receptors does not exist in principle. That is, if a person does not see the twenty-fifth frame, its information will not be accepted by the visual receptors and will not be delivered to the brain.

If people do see this frame, even vaguely, then it is a different story. The information from this frame can reach the respective centers of the brain. However, it is unlikely that the brain will pay attention to it. It has long been known that the brain always sorts the incoming data and selects only the most important information. The information travels further down the neural chains to other centers, but what is seen as "information noise" is immediately erased because the brain cannot retain all information it receives.

It is obvious that the information recorded in the 25th frame is considered noise. According to recent experiments by neuroscientists, almost all people see this frame, though not particularly clear. Scientists have found that every single frame is visible to the eye of the observer, but because of inertia of vision it does not stand out. However, due to the same effect, it is possible to see the "extra" advertising frame, and many even manage to read a short word in a large font.

However, as noted above, this information is not considered by the brain as important. Interestingly, the participants in the study forget the word that they were able to read in a few minutes. Therefore, we cannot talk about hypnotic commands introduced in the subconscious, as any such command, even if it appears in this frame, will be immediately forgotten.

Thus, the notorious 25th frame has no impact on our subconscious and never had. It all started in 1957 when businessman James Waikerie stated that he conducted an following experiment in the theaters of New Jersey. During the showing of the film "Picnic," he introduced an additional frame with an extra projector showing hidden advertising ("Coca-Cola" and "Eat popcorn"). The movie was shown throughout the summer of 1957, and, according to the businessman, at the same time sales of Coca-Cola in the theaters increased by 17 percent, and popcorn - by 50 percent. As a result, Waikerie patented this technology and started a company producing subliminal advertising in films.

This discovery immediately interested scientists and Waikerie was asked to provide the data and description of the experiment, but he refused to do so. Then he was asked to hold another demonstration. It took place in January of 1958 and was attended by lawmakers, members of government agencies, researchers, cameramen and maintenance staff, as well as journalists. The demonstration, as predicted by neuroscientists, resulted in a complete failure. Waikerie later publicly agreed to conduct an experiment on all TV stations of the Canadian Broadcasting Company. During a half-hour show the message "call now" was inserted 352 times. However, there was no noticeable increase in the number of phone calls, both during and after the program. Instead, the CBC received thousands of letters, reporting unexplained urges to grab a can of beer, go to the bathroom, change the channel, etc. That is, not one of viewers could guess what was written on the "hidden frame".

In the end, the staff of the American Psychological Association held a conference where the effect was discussed. The conference revealed some interesting details. The director of the theater where Waikerie allegedly carried out his experiments, said that the sales of Coca-Cola and popcorn in his theater have not increased in the stated period. Experts from the RCA (The Radio Corporation of America) studied the technical part of the project and said that it was technologically impossible to obtain an image that would be imperceptible to the eye.

All this, as well as the data of neurophysiologists, led to the conclusion that Waikerie's experiment was a falsification. The businessman reacted in a quite predictable way, and in June of 1958, he disappeared after closing all of his bank accounts and leaving no trace. According to investigators, he withdrew $22.5 million from his accounts - the money that firms that wanted to use his patented technology sent him.

In 1962 Waikerie was caught and confessed during the investigation that the experiment in 1957 and all the sales statistics were deliberately fabricated. Thus, the story of the "25th frame effect" was over. However, no one could then assume that the myth will be so long-lived.

This tenacity is due to the fact that at all times people tried to make money by selling air. That is why there are still advertisements promising to cure from alcohol and drug addiction through the effect of the 25th frame.

Why do people still believe these swindlers as they once believed James Waikerie? Psychologist Anthony Pratkanis provided the most convincing answer by saying that science is respected. Consequently, if a statement is dressed in science-like mantle, people can be very easily fooled.