In the Swedish Academy of young translators, new recruits study a crash course in complex languages. It is not only about military discipline: specialists discovered that intensive study of foreign tongues stimulates the growth of the hippocampus and causes changes in other structures of the brain. Learning languages also helps in preventing Alzheimer's disease. 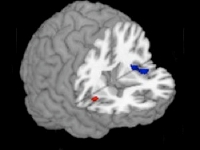 In the Swedish Academy, young people are offered to study Arabic, Russian or Dari (the language of the Afghan Tajiks) in 13 months. Newcomers had to learn the language all day long, every day, at a very intense pace. Their hard work gave unexpectedly impressive results. The experiment showed that it was not just active intellectual activity, but the study of foreign tongues. Researchers used a group of students of the Medical University of Umeå to control the research. Medics are known for their extensive studies, but the subject of their studies has nothing in common with foreign languages. Both groups took MRI tests before the experiment and after three months of active studies.

The results were surprising: the structure of the brain of the control group remained unchanged, but the students, who studied a foreign language, had certain parts of their brain increased in size. In particular, the researchers found the "growth" of the hippocampus - the deep structure of the brain responsible for the development of new knowledge, orientation in space and the consolidation of short-term memory into long-term memory.

"We were surprised that different parts of the brain developed to different degrees depending on how well the students performed and how much effort they had had to put in to keep up with the course," Johan Martensson, a researcher in psychology at Lund University in Sweden, said in a university news release.

The group of translator students also showed changes in three areas of the cerebral cortex. The students who showed a bigger growth of the hippocampus and the superior temporal gyrus, had better language skills than other students. Most diligent students also showed the growth in the middle frontal gyrus.

Scientists say that foreign language studies show almost a miraculous effect on the brain. The fact is that the studies of unfamiliar tongues and writings make the brain work as hard as it can. For example, in 2010, Israeli researchers found that reading in Arabic has the two hemispheres of the brain involved in the process. Reading in English or Hebrew does not give this effect, although the latter belongs to Semitic languages.

Interestingly, the Arabic language shows such an influence only on the brains of those people who study this language: children who just learn to write and foreigners studying Arabic in adulthood. Adult native speakers have only the right hemisphere involved in the reading process.

In 2004, neuroscientists at University College London, with the help of magnetic resonance imaging examined 105 people, 25 of whom knew only the English language, 25 was knew not only English, but another European language, 33 were bilingual (they knew a second language since childhood), and 22 came from other European countries and knew not only their native language, but also English (as a foreign one).

The scientists discovered that all test people, who knew two languages, ​​had increased density of the cerebral cortex in the lower part of the parietal lobe. Those changes were most intense with the participants who spoke two languages ​​from childhood.

However, despite this scientific conclusion, language learning in adulthood and even in old age can do a lot of good.

American researchers say that employees who know a foreign language can cope with mental tasks better than those who speak only their native language. Bilingual people focus on relevant information better and ignore irrelevant information, and therefore perform better in tests of intellectual abilities and better achievements at work. For example, those who know additional languages ​​can effectively prioritize and work on more than one project at a time successfully.

"The main advantage of cognitive bilingual people is the ability to engage in several cases at the same time," researchers explain. The need to switch between two languages ​​enables bilingual people to constantly train their brain. This exercise is not accessible to those who speak only one language.