Want to keep your New Year Resolution? StickK to your promises...

Want to keep your New Year Resolution? StickK to your promises... 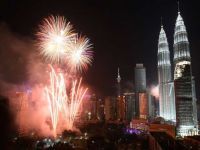 How many of us have firmly declared that we are going to cut out smoking, give up drinking, cut down on fattening foods, lose weight, pay more attention to the kids, turn over a new leaf and go on a health drive, put money aside every month or start a new life in the new year, only to see the drive fizzle out by the second week of January?

Well, now a website has been created to help people stick to their guns. It is called StickK.com. Launched by 27-year-old Jordan Goldberg, the aim is to get people more committed to the promises they made by linking them with others through Commitment Contracts - one that binds the Resolution Maker into achieving her/his personal goal.

Before the site was launched, StickK carried out fieldwork to test the effectiveness of commitment contracts and found that those placing stakes - whether this be putting their money where their mouth is, or simply making a promise to others - generally fulfil their commitment better than others whose Resolution is a personal secret.

StickK establishes four goals: The Goal (objective); the Stakes (does the person want to place money on the line? If so, how much? What will happen if the commitment is broken?); the Referee (a referee or monitor is designated to confirm the truth of the commitment; the Supporters - a peer group to help out in times of stress.

In the Commitment Contract, the Resolution Maker sets the time period to start and finish the commitment and must report during the time of the commitment on progress made (weekly weight loss, for instance). The Resolution Maker can voluntarily, or not, place some money at stake and should the commitment fail, can decide where it should go to. The Referee is named and finally, other StickK members are chosen as supporters - they give advice and support online and/or place encouraging messages in the Commitment Journal.