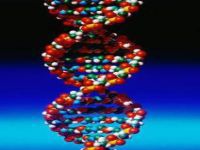 Scientists have sequenced the DNA of a woman who lived to be 115 years. A study suggests that the elderly woman had protective genes against dementia and diseases associated with old age

The oldest woman in the world was found to have rare variations in DNA that can protect against the diseases of aging.  Billed as the oldest in the world at the time of her death, she had the mental agility of someone decades younger and no sign of dementia.

The study, released at a conference of the American Society of Human Genetics in Montreal, Canada, suggests that the woman had genes that protect against dementia and other diseases associated with old age.

Experts expect that more research like this may, in the future, clarify the associations between genetic variations, health and longevity.

The first draft of the genetic code of a human being was made over ten years ago. Since then, with the improvements and cheapening of the techniques of "reading" DNA, a few hundred individuals had their genes mapped.

The woman, whose identity is being kept secret, known only as W115, is the oldest to have their genes mapped. She donated her body to medical research, allowing scientists to study the brain and other organs, as well as her complete genetic code.

The leader of the study, the researcher Henne Holstege, Department of Clinical Genetics of the VU University Medical Center in Amsterdam, said that W115 seems to have some rare genetic variations in her DNA.

It is unclear what role these variations have, but the team suspected that the genes of the woman protected her against dementia and other diseases.

"We know she is special, we know that her brain had absolutely no sign of Alzheimer's," Holstege said. "Maybe there was something in her body that protected her against dementia. We think there are genes that ensure long life and may protect against Alzheimer's."

W115 was born premature and was not expected to survive. But she lived a long and healthy life, going into a nursing home and living until reaching the age of 105 years. She died of a stomach tumor, having received treatment for breast cancer at one hundred years of age.

At 113 years, tests of mental ability showed the performance of a woman aged between 60 and 75 years. Tests done after her death failed to identify any signs of dementia or hardening of the arteries associated with heart disease

For the progress of science, the team is making available the DNA sequence of W115 to other researchers.

An expert, Jeffrey Barrett, who studies genetic factors associated with disease in the Sanger Centre in Cambridge, England, commented on the study.

"Sequencing the genome of the oldest woman in the world is an important starting point in understanding how variations in DNA are related to a long and healthy life," said Barrett.

"But in order to really understand the biology that underlies a long and healthy life, we need to look at the DNA sequences of hundreds of thousands of people."