Mission to the sun 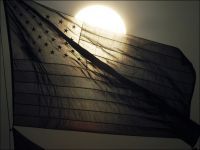 Europe approves mission that will approach the Sun like never before

The mission was approved Tuesday by the Committee for the ESA Science Programme, which also announced the project of the telescope Euclid, equipment designed to examine the darker areas of the universe. One of the directors of the agency, Alvaro Gimenez, said the two missions of ESA show the preference for research and observations that are reflected in people's lives.

"The orbiter will be closer to the sun than any other mission in the past. This project will produce a breakthrough in understanding how the sun acts on its surroundings and on the Earth," the agency said in a statement.

The spacecraft will approach the star so that it will be able to capture particles known as solar wind soon after they come out of the sun. Gimenez said the study will enable a greater understanding of how the star affects radio communications and electrical power grids.

The mission will leave from Cape Canaveral in 2017 aboard an Atlas rocket from NASA. Then Euclid will be sent into space two years later from a Russian launch pad based in Kuru, in French Guiana.

With this equipment, scientists hope to better understand phenomena such as acceleration of the Universe. The telescope will do large-scale maps of the cosmos as has never been done before, marked the ESA.

"The Euclid will reveal the history of the universe's expansion and growth of structure in the last three quarters of its existence," affirmed the agency.

The conclusion that the Universe's expansion was speeding up, rather than decelerating as expected, took a hammer to conventional thinking in astrophysics. Dark matter, an outward-acting force that is believed to comprise nearly three quarters of the Universe, is the suspected cosmic accelerator.

Euclid joins another mission, Solar Orbiter, as the first ventures in ESA's "Cosmic Vision" plan for 2015-2025