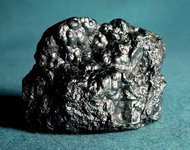 Recently, scientists from Bristol University (UK) and the Carnegie Institution (USA) found that virtually the entire globe is involved in the "production" of diamonds, except, perhaps, the nucleus. In a Brazilian mine minerals were discovered that appear to have formed at the depths of 400-660 kilometers from the surface of our planet.  Even those who never touched a diamond know that it is a beautiful and valuable stone. However, it is still unclear how these stones come to the planet. This is despite the fact that diamonds are among the most sought-after minerals on Earth, and people already know how to make artificial diamonds.

There are several hypotheses explaining the appearance of diamonds on the surface of our planet. It is now established that some diamonds were brought to Earth by space meteorites, or the heavenly bodies indirectly contributed to the formation of these crystals, creating all the necessary conditions for their appearance in a place of a collision with the ground (such "meteorite" diamonds are found, for example, in the north of Siberia).   However, according to the most common theory, most diamonds still have a terrestrial origin and are formed from carbon in the upper mantle. But where the "building blocks" for diamonds come from, for all the carbon on Earth is concentrated mainly in the crust, hydrosphere and atmosphere (i.e., in the areas where there is life)? No one lives in the mantle as it is too warm, stuffy and the pressure is significant.

It is believed that carbon is delivered into this "hell furnace" by sinking slabs of the oceanic crust (after all, according to the theory of global tectonics, the oceans are constantly lowering substance in the deeper layers of the planet), that has carbon-rich sediments. When they reach the layers lying approximately 200 kilometers below the earth's surface, where the temperature exceeds 3000º C and the pressure is approximately 50,000 atmospheres, the carbon from the sediment goes into the metal melt. After that, its fate may be different.   If at a particular location a considerable amount of C atoms gathers, then an allotropic form is created. If an average number of them gathers then all the atoms are brought together in a different type of lattice, which produces a diamond. If not enough of them gathers, the atoms of this element will remain as an impurity in metals. While in the mantle, baby diamonds are in semisolid state. They harden when along with a vertical mantle flow they are carried to the surface.

This happens in different ways: some were formed as a result of powerful deep explosions (that 2.5 billion years ago were a common occurrence), others were raised by magma plume. The scientists that investigated the chemical composition of each individual diamond can determine exactly the depth at which it was formed and how long their way up was. While it moves up, various impurities inherent to a particular layer of the mantle get mixed with the mineral. This is why it is believed that most diamonds were formed at a depth of 180 to 200 kilometers below the earth's surface.

Recently, however, scientists began to come across the so-called "ultra-deep" diamonds in various parts of the world. They contain heavy metals that are absent in the upper mantle but are quite common at the bottom. Recently, similar crystals of carbon have been found in Brazil.

It turned out that the precious mineral from that area contained minerals that are usually formed when the basalt melts and crystallizes under extremely high pressure and at a very high temperature of the lower mantle. That is, it turns out that these inclusions appeared in the composition of these minerals only when diamond-forming fluids from the metal components are connected to the basalt of the oceanic lithosphere that fell to a depth of 400 to 660 kilometers below the Earth's surface.

At the same time there is no doubt that these minerals contain carbon. It is dominated by light isotopes of these atoms that basically make up the body of living creatures. This means that diamond-forming carbon got there from the deep ocean floor, crammed with the sedimentary rocks. Although impurities were found in the minerals that are characteristic for the higher layers of the mantle, their number is very small, and they are not integrated in the crystal lattice itself, but lay away from it. This suggests that these inclusions appeared in the diamond later, on its "way up."

This discovery suggests that the carbon cycle covering the atmosphere, oceans and earth crust reaches the lower mantle as well. That means that the process of transfer of this element into a passive form - diamond - involves nearly the entire globe.  In this regard an idea comes to mind that may help dealing with non-degradable plastics in an original way - what if they are sent to the areas of deep ocean basins? Then these wastes whose destruction requires much time and resources, and during which a lot of harmful gases are emitted, would simply fall through the bowels of earth, and perhaps later come back as diamonds. However, this will take a few millions (if not billions) of years.