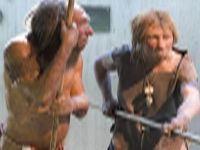 The relationship between early and modern people and two of their ancestors, the Neanderthals and the Denisova man, appear to be essential for variants of a gene essential for the immune system which first appeared in the human genome. This is shown by a survey published on Thursday (25th) in the journal Science.

The gene, HLA, is known for its importance to the immune system. "We were very surprised with the result. First archaic variants of HLA have much influence on modern HLA compared to the extent of genetic mixing.

Second, the study of a Denisova and three Neanderthals have given us much information on the evolution of HLA in the modern human population," IG's Peter Parham, Stanford University, USA, one of the authors, said.

He added: "The discovery shows the size of the importance of the mechanism of genetic recombination to create diversity in the immune system and that the cross between archaic and modern humans was a powerful mechanism of recombination that allowed the acquisition of new and refined functions."

It was the first time that proved, according to him, a transfer of archaic genes to modern man. "To my knowledge, these various HLA factors are the first examples of functional genes being transferred from archaic to modern humans," he affirmed.

The types of HLA originating from the Denisovas (of whom there is known only one finger bone and a tooth) and of the Neanderthals eventually settling in populations of Europe / Asia and the South Pacific are currently present in over half the population of Europe / Asia.

Variations have been acquired when modern man emerged from Africa. These should not, however, be the only genes to have been transferred to modern man this way. "The reproductive and nervous system probably also include variants of genes acquired," said Parham. Part of the basis of the work presented in the paper was based on the work of Brazilian researcher Maria Luiza Petzl-Erler, of the Federal University of Parana in Curitiba.

Translated from the Porgueuse version by: