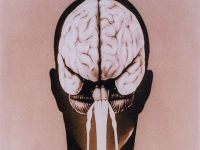 British scientists say they have uncovered how the human brain reacts to jokes, a work that can help determine whether patients in a vegetative state are able to experience positive emotions.

Researchers at the unit of cognition and brain sciences from the Medical Research Council used functional magnetic resonance imaging to observe and compare what happens in the brains of normal people when they hear common phrases and funny jokes, including puns.

In assessing the brains of 12 healthy volunteers, they noted that the reward areas of the brain light up when processing jokes more than when processing normal speech. In the study, the reward reaction increased as the participants would find a joke funny.

"We found a characteristic pattern of brain activity when the jokes or puns were used," said Matt Davis, coordinator of the study, in a statement.

For example, jokes such as, 'Why don't cannibals eat clowns? Because they have a funny taste! " involved brain areas linked to language processing, more than jokes that did not involve word games."

He also said the response was different with non-funny sentences containing words with more than one meaning.

"Mapping the way the brain processes the jokes and phrases shows how language contributes to the pleasure of understanding a joke. We can use it as a parameter to understand how people who cannot communicate normally react to jokes," he added.

Davis' team, that had their work published on Tuesday (28th) in the Journal of Neuroscience, said it would be possible to use the study to find out if someone in a vegetative state can experience positive emotions - a step that could help relatives to understand the mental state of patients.

"We can now use similar methods to get positive emotions in these patients. This is very important for families and friends of patients who want to know if their loved ones still can experience joy and laughter, despite the adversity."