Number of weather disasters has tripled since 1980

Number of weather disasters has tripled since 1980, says NGO 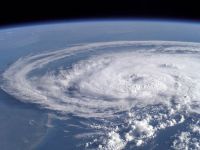 According to Oxfam, the result is mainly caused by the increasing number of floods in all regions of the planet.

The number of natural disasters reported each year in the poorest countries in the world has more than tripled since 1980, according to a study by the British charity, Oxfam.

According to the organization, average annual disasters rose from 133 years ago to 350 in recent years in view of data collected in 140 countries.

The analysis concluded that while the occurrence of disasters related to geophysical events - like earthquakes, hurricanes and volcanic eruptions - remained almost constant, disasters caused by floods and storms have grown significantly.

The result is mainly due to the dramatic increase in the number of floods in all regions of the planet and to a lesser extent, the occurrence of more storms in Africa and in South and Central America.

Steve Jennings, author of the study, believes that one reason for this growth is the impact of climate change.

"Climate-related disasters are becoming increasingly common and the situation should worsen in the future, as climate change intensifies further natural disasters," he said.

"But it must be clear that there is nothing natural in the fact that poor people are on the frontline of climate change. Poverty, poor management, poor investment in disaster prevention - all this makes them more vulnerable. "

To perform the analysis, Oxfam considered the definition of disaster as an event in which 10 people are killed and 100 are affected or an event that causes a government to declare state of emergency or request emergency relief.

According to the study, in the last 30 years, the population of countries likely to suffer disasters has grown, which means that more people are vulnerable to these events.

However, the organization makes clear that the population increase interferes with the growth trend of disasters, but does not explain it completely.

Likewise, the study takes into account the improvement of methods to register these climatic catastrophes which also influences the results.

An Oxfam study done in 2009 found that in a typical year, 250 million people were affected by natural disasters. The NGO estimates that number will rise to 375 million in 2015.

"The future will be tragic for millions of people in poor countries, if there isn't a drastic change in the way we respond to these disasters and there is no progress in reducing poverty and in the way of dealing with climate change," says Jennings.