Does drilling cause earthquakes? 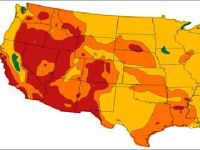 The question of whether or not drilling for geothermal energy, gas, and oil can cause earthquakes has been answered by geologists and seismologists. The answer is Yes, it can.  So why are they considered still a viable resource for energy?  The reason is quite simple yet complex...

The question of whether or not drilling for geothermal energy, gas, and oil can cause earthquakes has been answered by geologists and seismologists. The answer is Yes, it can.  So why are they considered still a viable resource for energy?  The reason is quite simple yet complex in getting to the truth because there really is no way to say without a doubt that the large earthquakes that have happened on the planet are caused by drilling or not; so they are only admitting of what they have been able to recognize as a drilling being a correlation to earthquakes and that is the creation of microearthquakes.

It seems that any type of land excavation can potentially cause earthquakes.  Researchers in the U.S. have determined that 200 years of underground coalmining triggered the Newcastle Earthquake.  This earthquake killed people and cost $3.5 billion worth of damage, which is more than the coal mining there made (1).

The connection between oil production and earthquakes dates back to the 1920's when geologists in South Texas said there was faulting near the Goose Creek oilfield. Although geothermal drilling and other excavations such as coalmining, gas extraction, and oil fields causes earthquakes the chances of them stopping the risky energy driving acts is highly unlikely because nobody admits earthquakes  are due to the drilling and extraction.  Even a scientist at the University of Texas, Cliff Frohlich and author of "Texas Earthquakes," believes that there have been more than 20 Texas earthquakes in the past 100 years related to drilling for petroleum and gas. Yet he also says he doubts that a serious earthquake would ever result from this drilling.  Although  20 earthquakes were felt after the drilling for geothermal energy started on Canlaon Volcano in the Phillippines, because there was no hard evidence it was due to the drilling, the project was not deemed responsible.

In contrast, once there are substantial earthquakes, projects do get shut down.  In 2006 in the city of Basel, in northern Switzerland, a geothermal project was shut down.  Although no one was injured, the officials believe the earthquake was caused by the drilling and cost $9 million in damage.  It makes you wonder if people had died would they stop drilling for geothermal energy?

In Arkasas, an oil drilling moratorium was instituted due to earthquake activity in March 2011.  The opinion surrounding this event and why the public was not made aware of this is due to the oil companies having power in the media.  [email protected] believes that earthquakes in Haiti, India, Sumatra, Switzerland, Texas, and California were directly related to oil or geothermal drilling but it is downplayed, so much so that the President of the United States sees a future for geothermal energy (2).

200 Million dollars has been given to geothermal energy drilling by the federal government.  Altarock, started by Susan Petty, a veteran geothermal researcher,  has a project funded by the US department of energy giving them 36 million USD and google giving 6.25 million for the exploration.  They will be drilling down 2 miles near the town of Anderson Springs in California.  This area is laid with faults, however, Altarock Energy is getting around that issue by stating that they will only drill where there is a history of small quakes and therefore their drilling is safe.  The largest earthquake at what they call the Geysers in this area was less than 4.5.  Is that safe?

But how safe is Altarock?  Altarock did not admit that the Basel program was shut down because it caused an earthquake even though the Swiss government seismologists and officials on the Basel project agreed it did.  Altarock energy Inc. will admit that they have improved the method and it won't cause serious earthquakes.  Maybe this report is what helped them sustain their drilling practices even though it has risks.  "The Austrailian government reports, experience in Australia and elsewhere in the world to date suggests that the risks associated with hydrofracturing induced seismicity are low compared to that of natural earthquakes and can be reduced by careful management and monitoring." (3)

Or maybe it is this statement that helps Altarock Energy and other risky excavation projects stay in progress to keep them as viable resources when they are not; "Siesmologists have long known that human activities can trigger earthquakes, but they say the science is not developed enough to say for certain what will or will not set off a major temblor." (4)

So basically what they are saying is because science cannot prove it causes substantial earthquakes and I am not sure what will make it substantial enough, then the resource and money gained outweighs the risk that comes with drilling for energy.