The Beehive Society: A vision of the future

The Transhuman Movement, immortality, the rule over the human race by an elite of super-intelligent super-humans. A nightmare? A chimera? Shockingly, this is a vision of the society of the future defended by members of a movement defended by those who wish to enjoy eternal life, at the expense of the rest of us. 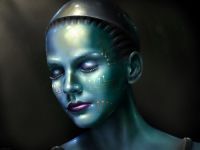 In his article How some Transhumans plan to rule the world*, Terrence Aym analyses the views of several exponents of the Transhuman Movement, an ideal to create a super-society of immortal super-intelligent humans who will rule the world of tomorrow. Their aim is not some distant chimera set thousands of years into the future, but a concrete plan to implement their society by 2050.

Aym begins his piece by reviewing the ideals of 80-year-old Marvin Minsky, who he introduces as "the father of artificial intelligence, creator of artificial neural networks, and the co-founder of the AI lab at MIT" who declares:

"Scientists shouldn't have ethical responsibility for their inventions, they should be able to do what they want. You shouldn't ask them to have the same values as other people."

It is a top-down vision of the world where there exist two groups: the controllers, who have the right to immortality - and the controlled, who are to have normal life spans. It is here where most exponents of the Transhuman Movement agree. Aym's work continues by examining the ideas of AI theorist Eliezer Yudkowsky, who "is convinced the technology of immortality must be developed quickly before a group or government with evil intentions does it first. He sees artificial intelligence as the key to unlock the immortality door".

The way immortality is achieved is simple: upload the brain into a supercomputer and then download it again into another human body. For this to be possible, claims Terrence Aym, "more advancements will be needed in the hardware and the software, and better interfaces will have to be developed between the human brain and the silicon brain. Since it's basically an engineering challenge, it's doable".

A subset of Transhumans is the Singularitists, who believe that the way forward is for humans to transcend their biological confines and venture forth into a Borg-like existence of silicon and steel. This is the grand vision of Raymond Kurzweil who agrees that the end of human civilization is tied to the mid-21st century.

The article* goes on to quote Lev Grossman, who wrote about Kurzweil in Time Magazine:

"Maybe we'll merge with them to become super-intelligent cyborgs, using computers to extend our intellectual abilities the same way that cars and planes extend our physical abilities. Maybe the artificial intelligences will help us treat the effects of old age and prolong our life indefinitely. Maybe we'll scan our consciousnesses into computers and live inside them as software, forever, virtually. Maybe the computers will turn on humanity and annihilate us. The one thing all these theories have in common is the transformation of our species into something that is no longer recognizable as such to humanity circa 2011. This transformation has a name: Singularity."

So much for the technology, and yes, prototypes and blueprints do already exist. What is really frightening is the beehive-like society envisaged by many exponents of the Transhuman cause, where the workers are controlled by the elite. Welcome to eugenics, by definition the "applied science or the biosocial movement which advocates the use of practices aimed at improving the genetic composition of a population."

"What the eugenicists want is to subvert, manage and control Mankind. They will rule supreme over a "folk" that will be fashioned from birth to be groveling, humble, grateful little worker-bees at the beck-and-call of the mighty overlords and masters-of-mind that rule them evermore," concludes Aym.

Er...haven't we heard this great scheme and the word "folk" somewhere before?

*How some Transhumans plan to rule the world