U.S. infected Guatemalans with syphilis and gonorrhea for research 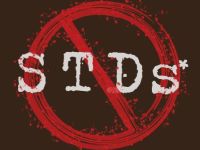 Medical researchers from the U.S. government intentionally infected a group of 696 citizens of Guatemala in the 1940s with gonorrhea and syphilis to conduct a study on the effectiveness of medicines. The complaint was made by Susan Reverby, a researcher in the department of health studies for women at Wellesley College, Massachusetts.

U.S. Secretary of State, Hillary Clinton, and Secretary of Health, Kathleen Sebelius, issued a statement to apologize officially on behalf of the U.S. government.

"We deeply regret that this has happened and offer our apologies to all those who were affected by these abominable research practices," the statement said. The apology was directed to Guatemalan and Latino immigrants in the U.S.

As part of the study in Guatemala, infected Guatemalans were encouraged to transmit the disease to others, including the mentally handicapped. The goal was to test if the antibiotic penicillin was able to prevent syphilis and gonorrhea.

It is estimated that one third of those infected never had adequate treatment. Apparently, the experiment was done between 1946 and 1948 and "never generated useful information and records were erased," said Susan.

According to the NBC News website, the researcher will detail the study on its website later on Friday.

The first public discussion on the matter will be made between Francis Collins, director of the National Institute of Health and Arturo Valenzuela, U.S. Deputy Secretary of State for the Americas.

Clinton said that she will do an official comprehensive investigation on the subject and that she would appoint a committee of experts in bioethics.

The episode is similar to the experimental study of untreated syphilis in Tuskegee - made by the U.S. government in Tuskegee, Alabama, between 1932 and 1972. In this case, 399 poor and illiterate African American syphilitics, and over 201 healthy individuals, were used as guinea pigs for comparison in the observation of the natural progression of syphilis without medications.

A staff member reported the case to the press and, because of the backlash, the study was terminated. Some descendants of survivors of the experiment were compensated by the U.S. government.