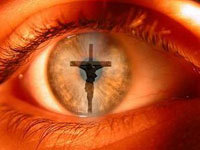 Once there is a complete and living cell then the genetic code (or program) and biological mechanisms exist to direct the formation of more cells with their own DNA and protein molecules. The problem is how did DNA, proteins, and life come about when there was no already existing directing code and mechanisms in nature.

Science cannot prove that we are here by either chance or design, but the scientific evidence can be used to support one or the other.

But, when all the evidence is presented it should show beyond all reasonable doubt that life didn't originate by chance but by design.

The author, Babu G. Ranganathan, has his bachelor's degree with concentrations in theology and biology and has been recognized for his writings on religion and science in the 24th edition of Marquis "Who's Who In The East". The author's writings may be accessed at www.religionscience.com.