Ozone layer: Finally some good news...and some not so good news 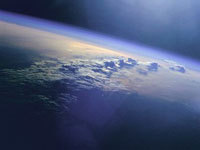 A new report drawn up by the United Nations Environment Programme (UNEP) and the World Meteorological Organization (WMO) indicates that there is a correlation between the ozone layer and climate change and also points towards a success in efforts to stop the ozone gap from spreading. However, there is another side to the coin.

The report was the result of extensive investigation by 300 experts over four years and was presented on the UN International Day for the Preservation of the Ozone Layer on September 16. The new news is in part good news: the Montreal Protocol (1987) has been successful in stopping additional ozone loss, thus protecting the Earth from harmful ultra-violet solar rays.

"It has protected the stratospheric ozone layer from much higher levels of depletion by phasing out production and consumption of ozone depleting substances," the report claims, indicating that the quantity of ozone-depleting substances in 2010 were five times greater than the target for the period 2008-2012 set by the Kyoto Protocol (1997).

The report finds that while the depletion of ozone over the Arctic and Antarctic poles has not decreased, neither has it increased. Furthermore, following the phasing-out of ozone depleting substances under the Montreal Protocol, the ozone layer outside these regions is forecast to revert to pre-1980 levels within the next 40 years. However, the Antarctic gap is expected to remain for longer.

Now for the not so good news

The findings point to the startling news that the Antarctic gap has already started to produce direct effects on the surface of the planet, affecting winds and surface temperatures.

Moreover, what has happened is that the CFCs (Chlorofluorocarbons) in products like sprays and refrigerators have been replaced by a new generation with HCFCs (Hydrochlorofluorocarbons) which have a less aggressive effect against the ozone layer but whose by-product HFC-23 is 14,000 times worse as a GEG (Greenhouse Effect Gas).

The conclusion is that while substances which deplete the ozone layer have been curtailed, and while the ozone gap has not increased, there are enormous amounts of GEG-provoking substances pouring into the atmosphere and these generate global warming and climate change.

In basic terms, what we have done is swap harmful solar rays for harmful human-produced substances which in the long term will do as much or more damage.

We are going round in circles.