There Is No Need to Create Biological Copies of Human Beings

The State Duma of the Russian Federation prolonged the law “About the temporary ban on the human cloning”. A number of separate experiments is allowed, though: growing organs and cells for transplantation and research purposes. 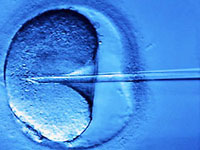 There Is No Need to Create Biological Copies of Human Beings

The speedy development of genetic engineering and biotechnologies created favorable grounds for cloning living organisms. The nuclear transfer method proved to be most successful and resulted in the appearance of sheep Dolly that lived for six years. Scientists say that such an approach is best for launching the work for cloning human beings.

Parthenogenesis - a form of asexual reproduction found in females, where growth and development of embryos occurs without fertilization by a male – is more problematic. If the project is realized, it will be possible to clone only species of female sex.

The embryo disintegration technology is supposed to produce genetically identical individuals, but it cannot guarantee the complete concordance with the parent organism. It can not be regarded as a cloning technology.

The subject of the human cloning has received a lot of criticism during the recent years, especially from the church. Scientists argue about the subject too.

The adversaries of the idea say that the cloning of humans may produce abnormal individuals. The technology may attract attention of the criminal world, which may lead to unpredictable consequences.

If one approaches the subject from the legal point of view, the human cloning is a gross violation of fundamental human rights. The notion of human rights will become vague once human copies appear in the world. Therefore, governments prefer to solve the problem easily: they ban scientific research in the field of human cloning.

Russia has banned the research too, but the proponents of the ban agreed to permit the cloning of living beings for other purposes. It goes about the recreation of cells and organisms for scientific research, the cloning of animals and organs for transplantation.

The human cloning is formally banned in two countries possessing state-of-the-art technologies in the field of molecular biology – the USA and Britain. Therapeutic cloning was allowed in the USA several days after Barack Obama’s inauguration. It goes about the development of human embryos, the development of which stops during the 14th day of their life. The embryo is then used as a source of stem cells.

Dmitry Shamenkov, a senior specialist with the Institute of Stem Cells and Cell Technologies of the Russian Academy of Sciences, told Pravda.Ru that Russia could conduct the cloning of humans successfully.

“The human cloning in Russia is technically possible. We have specialists, technologies and organizations for it. For the time being, the main goal of the research is to develop the field of tissue engineering. Why would people clone each other? There is no need in that really. The successful development of tissue engineering has created all prerequisites for growing compatible organs in test tubes. The development of nanotechnologies will simplify the transplantation of organs and prolong patients’ lives. Therefore, there is practically no need in a clone as an organ-growing incubator. There is no other necessity in creating biological copies of human beings,” the scientist said.