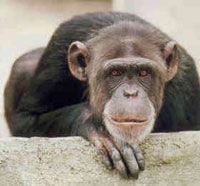 Transposons are a class of “mobile genetic elements” that operate within the DNA of living organisms. For years, macroevolutionary proponents have claimed that their presence undoubtedly supports Darwinian evolution. But a recent investigation showed that transposons have been wrongly interpreted, changing macroevolution’s best argument into its worst nightmare - an almost complete lack of genetic material for it to “tweak” into newly selectable features.

Transposons are segments of DNA that utilize cellular machines to replicate themselves and then splice the copies back into the host DNA, thus inflating the total volume of DNA without adding new genes. Some species appear to have large volumes of DNA that resulted from this process. About 44.4 percent of human DNA consists of repetitive elements, with perhaps most from transposons.

Many scientists still believe that these repeated segments contain nearly random, functionless, non-coding sequences with which “evolution” can tinker. But a new study published in Nature Genetics found that they actually contain functional code that is accessed for use in specific tissues.1 Scientists recently discovered that DNA which came from transposons can regulate the expression of gene products.

One class of transposons, called “retrotransposons,” is formed when DNA is copied into RNA, which is then reverse-copied back into DNA. Retrotransposon sequences had been almost dogmatically interpreted by evolutionary scientists as remnants of ancient viruses. These viruses supposedly infected the host organism long ago, and it was assumed that the viral DNA became incorporated into one or more of its chromosomes.

Intriguingly, chimpanzees and humans share some almost identical repeated sequences that look as though they were formed by retrotransposons. Evolutionists have argued that they must have been introduced by the same virus before the two species diverged from a (presumably) ape-like ancestor. Thus, each species retains today a remnant of the same ancient viral infection.

This is often cited as strong evidence that humans and chimpanzees share common ancestry, and therefore that broad-scale evolution is true―that single cells can eventually develop into humans through random natural forces. This is currently one of evolution’s best arguments.

But the argument rests squarely upon the premise that these long DNA repeat sequences came from ancient viruses. Creation scientists predicted that not all—and perhaps not any—retrotransposon activity was viral or random, but instead was part of a well-designed, originally created cellular process. The new Nature Genetics study has confirmed this creation prediction.

The researchers found that between 6 and 30 percent of active RNA transcripts use retrotransposon sequences. These transcripts carry regulatory information from the DNA to the rest of the cell. They also found that different sections of retrotransposon sequences are accessed by different tissues. Thus, at least some, and perhaps all, of the sequences carry important information for certain cells to use. This means transposons did not come from ancient viruses and therefore can no longer be used to support the idea that chimpanzees and humans evolved from a common ancestor that was infected by a virus.

This discovery will likely disappoint a generation of evolutionary scientists who based human-chimp ancestry and therefore broad-scale evolution on the false assumption that retrotransposons and the like were from viral infections. But it likewise ought to disappoint those who have relied on supposedly useless, supposedly virus-derived DNA as raw material employed by some imaginary evolutionary process to engineer ever-more-complicated life forms. Instead, it looks like all DNA is useful, which suggests that its host creatures were designed on purpose.