The Russian National Centre for Public Opinion Studies conducted a poll asking Russian people about the most important inventions and achievements of the 21st and 20th centuries. 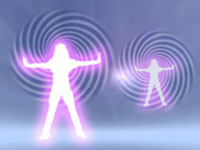 As far as the achievements of the past century are concerned, most Russians said that the outer space exploration is the most important one. Fourteen percent of respondents consider the computer to be the most important invention of the past century. Eight percent of respondents voted for mobile phones, television and the internet.

As far as the 21st century is concerned, most Russians think that it will bring many unexpected and unbelievable miracles such as time machine and teleportation.

Here is the full list of expected inventions of the 21st century:

3. Medicines for all illnesses and diseases - 21 percent

5. Space flights available to everyone - 14 percent

Read also: “Tech wizards and how they changed our lives”