Quantum transition to transform mankind in 2012

Russian scientists predict another doomsday. In their opinion, quantum transition will begin in 2012 according to the ancient Maya calendar. 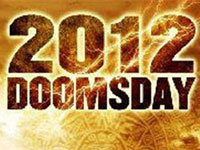 Quantum transition to transform mankind in 2012

According to the ancient predictions, this day will be the last day of the epoch of the “Fifth Sun” and then the clarification by fire will begin.

Scientists say that an extremely powerful catalyst will be neccesary to trigger quantum transition. They say that a powerful solar flare will be enough.

According to the encyclopedic dictionary, "quantum transition is a spasmodic transition of quantum system, i.e. an atom or a molecule or a crystal from one possible condition into another."

So there are the reasons to assume that human beings involved in the process of quantum transition will not die. They will be able to transform to another form. At least some scientists believe so.

However, the Russian astrophysicists cannot specify the day of the end of the world. They say that the solar activity accrues gradually and it is very difficult to foresee when the flare may happen and how powerful it will be.