Mutant altervital bacteria to relieve mankind of its garbage

The waste recycling problem has been gaining more importance recently. The amount of garbage in the United States, for example, grows by ten percent every decade. The situation in Russia is not better at all. Russian cities slowly turn into huge landfills, which pose great danger to ecology. 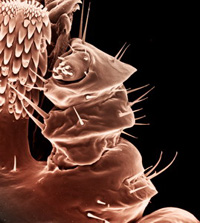 Mutant altervital bacteria to relieve mankind of its garbage

The unrecyclable garbage either finds itself on landfills, which may result in the contamination of ground waters, or gets burned in the ovens of rubbish incinerators. Organic ashes can be only good for the environment, but the situation with synthetic waste is much more problematic. For example, the burning of plastic results in the emission of very toxic chemicals.

US ecological organizations urge people not to use disposable packaging and buy, for example, beverages in glass bottles only. The ecological tourism, or ecotourism, has become popular recently too. Ecotourists use only natural things in their trips and completely ignore plastic plates and glasses, which have to be disposed somewhere after use.

As for liquid and gaseous waste products of the chemical industry, there is no common opinion on what to do with them and how to store them. They could be taken to uninhabited territories to be buried there, but it would only solve the problem for a little while, not to mention the fact that it would be very expensive. There was a suggestion to send chemical wastes into space, but the Earth’s orbit has already been contaminated with tons of space garbage.

The waste recycling problem became the key subject of a new science, which became known as Green Chemistry. One can make things of polymeric materials, which would then be recycled to natural biological substances suitable for biological cycles. Such polymeric materials already exist, but their cost is too high at present moment.

It is possible to find other ways out of the situation. Scientists discovered mutant bacteria in the ground of several industrial cities including Moscow. The bacteria are capable of processing nearly all by-products of human activities. It just so happens that the ecological system of the planet gradually adjusts itself to the needs of the modern civilization.

So-called altervital synthesis – the artificial creation of bio-enzymes and bacteria feeding on non-organic waste - could also be used for solving the waste recycling problem. Such organisms would easily devour a worn-out computer or a car. Perhaps they will also be able to handle nuclear decay products. However, the breeding of such bacteria may result in the uncontrollable destruction of man-made creations.

In this connection, scientists suggest either synthesizing ‘the inorganic killers’ from the molecules that do not exist in the natural world or conducting the synthesis under the conditions which never occur in natural surroundings (for example at a temperature of over 90 degrees).