And there will be no need in sperm

US scientists have recently confirmed the second incident of immaculate conception with sharks, InformNauka news agency reports with reference to Journal of Fish Biology. The first incident was registered in 2007 when a female hammer-headed shark became pregnant without the participation of a male in the zoo of Omaha, Nebraska. The shark gave birth in spite of the fact that it had not had a contact with the male species for three years. The genetic analysis confirmed the virgin birth. 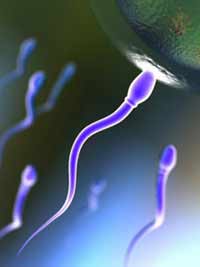 And there will be no need in sperm

Biologists from several American universities and marine laboratories conducted the DNA analysis of another baby shark and found no father’s genetic material in it. The female blacktip shark named Tidbit had lived in the Virginia Aquarium for eight years. The shark never displayed any tokens of reproductive behavior, it has never mated with a male. Her pregnancy was revealed incidentally. Tidbit died, and a baby shark was found inside during autopsy. The offspring had no genetic material from a father.

Dr. Demian Champan said that parthenogenesis – the development of an embryo without fertilization by a male – was not the prerogative of hammerheads alone. Most likely, the phenomenon exists with other species too, the scientist believes.

Until recently, the virgin birth phenomenon has been studied with the most primitive animal form, the rotifers.

The rotifers make a group of near-microscopic animals. They are about 0.5 mm long and are common in freshwater environments. These animals exist for over 40 million years and spawn owing to parthenogenesis perfectly well. Furthermore, they have formed over 370 species.

Biologists suggest that parthenogenesis occurs when the population intensity decreases considerably, and it becomes difficult to find a mating partner. Indeed, the population of hammerheads has reduced considerably over the recent 20 years. The hammerhead precedent seems to be interesting for the human race at this point.

Igor Gundarov, a healthcare professor, said that the libido and potency of modern men has weakened considerably. “About 80 percent of married men are unwilling to have sex with the wives. In the USA, about 32 percent of women had weaker libido during the 1990s, about 26 percent did not experience orgasm, and 23 percent had an aversion to sex. The sexual appetite was low among 15 percent of US men aged between 18-59. American doctors say that the above-mentioned sexual disorders occur mostly because of stresses and depressions,” the professor said.

“A man produced up to 100 million spermatozoa per a milliliter of semen by the end of the 19th century. The concentration of male cells had dropped by the beginning of the 1960s. World Health Organization cut the norm to 60 million, to 40 million in 1983 and to 20 million in 1992. Would 24 or 16 or 8 teeth in the mouth be considered normal someday?” the scientist said.

Igor Kon, the chief scientist of the Institute of Ethnology and Anthropology of the Russian Academy of Sciences, said that the demographic crisis of the 19th century implied the phenomenon of overpopulation, whereas the current demographic crisis is strongly associated with the decrease of the birth rate.

“I think it is a combination of several interconnected phenomena. The first one of them is connected with the decrease of the male fertility – a lower sperm quality, infertility, a lower testosterone level, etc. If it continues like that, men will become extinct, and there will be no sexual reproduction. The second aspect is the separation of sexuality from reproduction. Unlike in the past, modern-day humans conceive their children not just because it happens so. They conceive children when they want to conceive children. On the other hand, the subjective value of sexuality has increased recently. For example, the young French do not even imagine life without sexual satisfaction, although their sexuality is not productive in most cases,” the scientist said.

Demographers say that women will considerably outstrip men in number by 2025, which means that the future generations will live under a completely different sex structure. It will no longer be a man’s world.