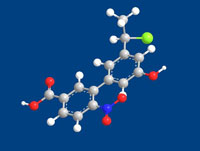 Millions of high school and college biology textbooks imply that Stanley Miller, in the 1950's, showed that life could arise by chance. Nothing could be further from the truth.

Of course, once there is a complete and living cell then the genetic code and other biological mechanisms exist to direct the formation of more cells. The question is how could life have arisen naturally when there was no directing mechanism at all in Nature.

Even artificial, or synthetic life, is a creation by scientists, through intelligent design, of a DNA code built from "scratch" which is then inserted into an already existing living cell.

This would also explain, as MIT scientist Dr. Walt Brown has pointed out, why some meteorites contain organic compounds because they are remnants of the original debris spewed from the Earth due to very fierce ancient geological disturbances and activity.

The best little article ever written refuting the origin of life by chance is "A Few Reasons an Evolutionary Origin of Life Is Impossible" by scientist and biochemist Dr. Duane T. Gish. Dr. Gish presents "simple" but profound scientific barriers to evolution of life which aren't mentioned or covered in Johnny's high school biology textbook or in college textbooks for that matter. This article is truly great! Dr. Gish's aricle may be accessed at: http://icr.org/article/3140/ .

All this simply means that real science supports faith in an intelligent Designer behind the origin of life and the universe. It is only fair that evidence supporting intelligent design be presented to students alongside of evolutionary theory.

Science cannot prove that we're here by either chance or design. Both require faith. Where will you place your faith?

*The writer, Babu G. Ranganathan, has his B.A. degree with concentrations in theology and biology and has been recognized for his writings on religion and science in the 24th edition of Marquis Who's Who In The East. The author's website may be accessed at www.religionscience.com .