Humans to experience sex with robots already by 2050

Strangely enough, the most exact scientific, technical and social forecasts concerning the future are given not by professional futurologists or any other experts, but by creative personalities, such as writers, film directors and even poets. 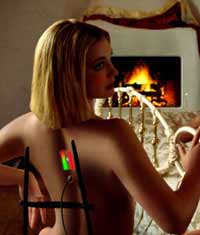 Humans to experience sex with robots already by 2050

Nowadays the time between the moment of a scientific forecast and the time, when it becomes true is shortened to several years, sometimes even months. The time between the invention of paper and its practical use was 1,000 years; the similar period for the steam engine was 80 years. Examples may continue with 20 years for the plane, 3 years for the transistor equipment, half a year for the laser and 3 months for the fax. But all these inventions had nothing to do with the ontological essence of homo sapiens, they simply expanded some of human physical abilities.

David Levy, an expert of artificial intelligence, chose to question the most sacred thing about people – their sexuality. In his book Love and Sex with Robots: The Evolution of Human-Robot Relationships he described super sex for everyone 24/7. Levy believes that humans will be making love to robots already by 2025.” By that time robots will be very much like people, the scientist thinks.

“From the evolutionary point of view fantasies about grand sex non-stop are more typical of adolescent and juvenile sexuality,” Alexander Kantor, an expert in psychology said in an interview with the Nezavisimaya Gazeta. “It lies in the peculiarities of male sex hormones (they reach their peak at 15-25 years), on the one hand, and, on the other hand, in the fear before the romantic component of sex (love), which requires more complicated and unpredictable feelings and emotions, etc. Controllable cyber-technological devices allow men to remain the masters of their own feelings and thus be less dependent on women’s sexual excesses and their romantic ideas,” the scientist said.

But these ideas were borrowed from Steven Spielberg ’s science fiction drama Artificial Intelligence: AI released in 2001. The story is set in the middle of the 21st century. One of the film’s main characters Gigolo Joe (Jude Law is brilliant in this part) is a robot-lover charged with the homicide he had not committed.

But David Levy believes that sex with robots will come in handy for disfigured and reserved people, who have difficulties in finding partners for romantic relationships.

Anyway, will this “robotic” sex entail some unpredictable psychological metamorphoses? “I think we have no reason to either rejoice or get terrified because of this,” professor Kon says. “The major human difficulties are not of a technical, but of a communicative character – how to find a kindred spirit and get rid of loneliness,” he added.