Scientists still try to unravel the effect of placebo, when a sick person may recover from a serious disease by simply drinking a glass of water. Placebo is virtually a useless medication that is pharmaceutically inert but which may have a healing effect solely based on the power of suggestion. It has been scientifically proved that this “medication” may heal people, especially if a doctor tells a patient that it is the newest and the most effective medicine. 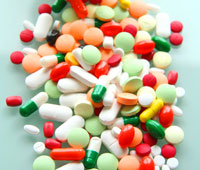 The miraculous effect was discovered in 1955. Boston-based anesthesiologist, Henry Beecher, surprisingly found that useless sugar pills or a glass of pure water helped 35 percent of his patients recover from their illnesses.

Placebo is a psychological rather than physical phenomenon as illusion triggers adequate changes in the brain which subsequently produce the therapeutical effect.

A 60-year old female Muscovite was diagnosed with thyroid gland cancer. Doctors said that the patient would die in three months. The life-loving woman turned into a helpless and feeble elderly individual. Her friend told her to go to a local healer that would save her from death as she said. The witch doctor told the dying woman that she was absolutely healthy. Doctors examined the woman three months later and found no cancerous tumor.

The power of suggestion may have an immense influence on people. This power can be especially strong with people of weak and vulnerable nervous system.

Healers and witch doctors use the phenomenon of placebo in their practice too. It is an open secret that the majority of people living in the world today are superstitious. Even charlatans can cure such individuals of serious ailments. All they need to do is to find the necessary approach to such person and exert the required influence on their mind.

Russian medic Vladimir Zelenin, the founder of electrocardiography, conducted experiments injecting his patients with pure water. The doctor would tell a patient that he was injecting a special substance that would raise the person’s temperature. As a result, the majority of Zelenin’s patients had their temperature risen.

The mystery of self-suggestion has not been unveiled yet. Every human being has a potential to either heal or kill themselves both physically and psychologically.

Henry Beecher reported that about a quarter of patients who were administered a placebo, for example against back pain, reported a relief or diminution of pain. Remarkably, not only did the patients report improvement, but the improvements themselves were often objectively measurable, and the same improvements were typically not observed in patients who did not receive the placebo.

Because a doctor's belief in the value of a treatment can affect his or her behaviour, and thus what his or her patient believes, such trials are usually conducted in “double-blind” fashion: that is, not only are the patients made unaware when they are receiving a placebo, the doctors are made unaware too. Recently, it has even been shown that "mock" surgery can have similar effects, and so some surgical techniques must be studied with placebo controls (rarely double blind, due to the difficulty involved). To merit approval, the group receiving the experimental treatment must experience a greater benefit than the placebo group.