Russia decides to build own thermonuclear reactor for 20 billion dollars

The Russian government held a meeting on August 16 at which it approved the strategy to develop the thermonuclear fusion energy before the year 2050. First Vice Prime Minister of the Russian government, Sergei Ivanov, said that the strategy must be as precise and pragmatic as possible. Russia’s nuclear agency, Rosatom, was asked to develop the adequate program, the cost of which makes up 515 billion rubles. “The thermonuclear fusion is worth it”, Ivanov said estimating the scale of the future investment. 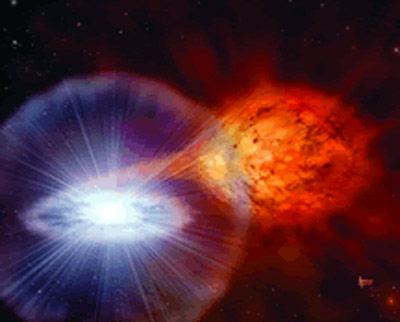 Russia decides to build own thermonuclear reactor for 20 billion dollars

Academician Yevgeny Velikhov says that the world’s needs in energy will triple by 2030 in the event the global economy continues it current development. Thermonuclear energy may save the world from severe crisis at this point. It is an ecologically pure method of power generation with unlimited resources. However, the world’s first thermonuclear station is likely to be built in about 25 years, the scientist said.

“Developing the thermonuclear fusion power is a huge step towards the new energy era of Russia,” a statement from the thermonuclear strategy runs. By 2050 Russia will launch the industrial generation of thermonuclear power in a capacity of one gigawatt (GW) of energy which will be enough to power 750,000 homes. An increase to 100 GW (equals 40 percent of Russia’s current power output) is expected to be achieved by the end of the current century.

The thermonuclear strategy will be developed in three stages. In the beginning, Russia will have to restore and reequip its technological base from 2009 till 2015. Afterwards (before 2030) scientists will choose materials for the construction of the station and decide whether Russia should participate in an international project to build a demonstrational thermonuclear power plant or build its own stations.

Finally, the construction of the industrial thermonuclear power plant will be finished before 2050. The project totals 515 billion rubles. If Russia eventually decides to build its own reactors, the spending will increase to 770 billion rubles. For the time being, the cost of a thermonuclear power plant is higher than the possible income that could be received from its energy.

The research allowing to generate thermonuclear power originally appeared in the USSR in the middle of the past century. The results of the research laid the foundation of numerous international works afterwards. The USA, Japan, China, India, South Korea, Russia and the EU have recently made a decision to build the first-ever thermonuclear reactor in France. The project, the cost of which makes up ten billion euros, is to be finished in ten years.