The President of the Russian Federation Vladimir Putin signed the federal law "On Russian Corporation of Nano-Technologies". For the past several years at the specialized conferences and forums dedicated to the Russian hi-tech sector different experts repeatedly named nano-technologies among five-eight niches, where Russia should do its best to ensure its international competitiveness. According to the independent assessments about 80% of the Russian hi-tech is on the world level, 10% lag behind and about 10% higher. Nano-technologies are in the latter 10%. 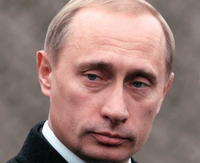 The idea is that it is deemed senseless to compete with everybody everywhere. Instead Russian scientists used to suggest selecting several directions where Russia traditionally had had leading positions and focus on their development, thus guaranteeing a stable niche in the international division of labor. Along with traditional space and nuclear power energy nano-technologies was named as a new perspective direction. In other contexts it was also called breakthrough industries. Having signed the law on the Russian Corporation of Nano-Technologies (RKN) the President of the nation not only confirmed that the country relies on nano-technologies, but outlined the instruments of achieving the goal.

The document had been approved by the State Duma and the Council of Federation. The activities of RKN are aimed at contributing to the implementation of the state policy in the sphere of nano-technologies, development of the innovative infrastructure and implementation of the specific projects of creating perspective nano- technologies and industries. RKN has the fight for commercial activities if it contributes to fulfilling the tasks specified by the above law. The profit of the corporation received through its commercial activities must be used exclusively for the above purposes.

The activities of RKN are regulated by the new law and other already existing legislation of the Russian Federation. RKN is exempted from the points 3, 5, 7, 10, 14 of the clauses 32 of the federal law "On Noncommercial Organizations", regulating the procedures controlling noncommercial organizations, and also from the law "On Bankruptcy". This consideration is quite interesting. The state fears that the new corporation might become the victim of the so called raiders (organizations specializing on unfriendly mergers and stock fraud). Being immune to the bankruptcy from the legal point of view assumes that RKN could be reformed in case of economic failure nearly immediately. The Russian Federation is not responsible for the obligations of RKN and vice versa.

RKN has an account in the Bank of Russia, and also the right to open other bank accounts in the territory of Russia and abroad within the frameworks of the existing legislation. The assets of RKN are formed on the basis of the contribution of the Russian Federation, the revenues received from the activities of the corporation, voluntary investments and donations and other lawful contributions.

For checking the book keeping and financial reports the supervisory council selects an auditing organization, and also the volume of the payment to it. Revision committee is responsible for the internal financial control of RKN. According to the order and the conditions determined by the supervisory council, the money resources of the corporation are spent on research and development in the sphere nano-technologies, financing the implementation projects by participation in the stock of the enterprisers-users, investment funds, noncommercial organizations created for the development of nano-technologies as well as different forms of crediting and financing the R&D. Investments of the RKN are subject to the return principle. The volumes, directions and conditions of investing temporally free funds of the corporation are determined by the government of the Russian Federation.