Russian drones: the leaders are coming back

Russian companies are resuming R&Ds on drones (unmanned aerial vehicles (UAVs)), the sphere where Russia used to be a leader. Many countries are doing their utmost to advance in the UAV technologies, which are predicted to bring billions of revenues in the following decade. For a certain period Russian UAVs have not been exhibited at the international air show, which somewhat surprised foreign experts. This year the Moscow’s aerospace salon MAKS-2007 is expected to become a landmark event. Today there are tens of offers from various Russian companies, some on a breakthrough level. 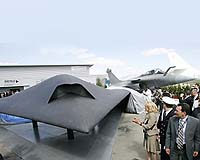 Russian drones: the leaders are coming back

It is still possible to find critical remarks of the Russian media that the development of the Russian UAVs has been hindered by the lack of the national UAV concept. In the recently created United Aviation-Building Company (OAK) there are four divisions: military; civil; military-transport and special; spares and parts. UAVs have not become a separate segment or part of the military. This fact was badly criticized by the observers, but at the same time it was surprisingly carelessly taken by the representatives of the industry, which were interviewed by the correspondent of PravdaRu at REA-2006, IDELF-2006, TEK UAVs – 2007 and other specialized exhibitions.

As it turned out the UAV concept is not as important itself as it often referred to by media. The new concept which is nevertheless expected in the foreseeable future will be the third and the latest version of the basic concept, which already exists since about 1990. The concept has been updated approximately every five years. Its provisions are not the rules and not precise, as it is formulated on the basis “as time requires”. The lack (or the delay of the concept) in no way hinders technical developments. According to the well informed contacts of PravdaRu it is only 50% correct to assume that the concept specifies what, when and where should be. This is a two way street. If something really advanced, technically perfect appears in somebody’s laboratory, it will be for sure included in the concept. The authors of the concept thoroughly analyze the present markets and even perspective developments to find the room for the best in the concept. On the other hand, the concept is to draw attention of the designers to the niches were there is lack or shortage of the offers from the industry. The concept is being developed by the MoD together with the specialized institutes and the representatives of industry.

Many developments that are offered by the Russian companies were designed at own initiative with no particular customer in mind. There have been several that were made for a particular customer in limited numbers. It should be kept in mind that also due to the lack of the national concept, unprepared legislation etc the activities in the UAV sector have somewhat chaotic nature. Therefore only experts could give a proper assessment of specific developments and pick up worthy details out of the huge volume of available information in media.

According to the source of PravdaRu today Russia has Air Code, which specifies the term UAV. But today there are no regulations in Russia which would regulate UAV flights except in combat missions. This is regarded by the experts as a huge drawback of the current legislation. Theoretically this can be used as a justification for numerous criminal cases which could be started by the attorney’s office. Precisely speaking any flight, even of an air modeler could be interpreted as illegal aviation activities. The only places where UAVs today can fly legally is the tests fields of the Ministry of Defense or few specially reserved areas, because according to the existing laws the tests of the UAVs must be organized just like the tests of the cruise missiles:onehas to close the district and guarantee the absence of any objects in the air and in the territory. Therefore all photos and prospects displayed at the exhibitions about monitoring roads, pipelines etc are de facto illegal aviation activities.

The fact that today Russian legislation is not totally ready to support the developments of the UAVs has some objective reasons. It is commonly recognized that it would be wrong to give the green light to the developers of UAVs in all spheres because of the terrorist danger. This danger exists around the world. Of course, forbidding everything is also not a way out, but it should be kept in mind that the process of developing regulations for this sector and setting up rules is very complicated. The government has to be very selective. Even the representatives of the industry agree that the UAV companies must be strictly licensed. Today few companies have a complete pool of licenses.

Now most organizations working with the UAVs have no licenses for these activities. Their solutions should be regarded as not more than air modeling. Serious experts view this differently. Some think that today adult guys offer air models claiming it is a commodity. However, others think that for a while this is also important to a point. The process selects people. As they say UAVs is a very complicated trade, and in the end of the day occasional people will leave it. The best will join so called traditional leaders and head organizations. Today few are fully certified and licensed with vast experience and technical opportunities (availability of experimental base, test fields etc).

Developing new UAVs requires considerable investments into the R&D. Many companies offering UAVs are not able to spend this money. It endangers future users of the UAVs, who may order cheap and allegedly ready complexes, but later will have to invest into up-keeping them and repairing, which may be times more expensive than the price of the newly bought complex. Ironically, this was a sad experience of some Russian structures which preferred to buy foreign made UAVs. This consideration is especially true for the military complexes, which are times more expensive than civil ones.

In June, 2006 Russian MoD, FSB, Ministry of the Interior, Ministry of Emergencies, Agency of Industry, Defense Order Service and the representatives of the aviation industry decided to set up an interdepartmental working group on the development of the small sized UAVs. According to the official press release of the Defense Order Service the group was set up for the interested parties to share the experience and discuss defense order. The participants of the group reportedly develop the proposals for the government aimed at improving the interdepartmental cooperation and facilitating the creation of the UAVs.

Last year then Chief Dept of the Federal Defense Order Service Sergey Kolyadin said that a number of perspective UAV complexes, including strike ones, which correspond to the requirements of the future Russian Armed Forces, are under development. According to him from the point of view of the availability of the UAV for the purposes of army operations and even regional conflicts the number of the UAVs in Russian Armed Forces is extremely low. There is a limited quantity at the warehouses, however, due to a number of technical reasons it is unlikely that they will be commissioned. However, the number of the UAVs available for the restricted counter-terrorist operations is sufficient. Since then the situation did not change in principle.

Approximately at the same time Russian Deputy Minister of Interior Mikhail Sukhodolsky publicly announced that his Ministry is carrying out a comprehensive program of technical re-equipping, which includes considerable use of the UAVs. The main parameters of the technical upgrade of the Ministry are formulated in the State Arms Program 2015 and other sub-programs. Regional departments of the Ministry have so called aviation teams of special purpose which will operate different types of helicopters and UAVs. In 2007 there UAV teams are to be formed in the Republic of Tatarstan, Samara and Volgograd regions, in 2008 – in SPb and Leningrad region. By 2010 there will be 21 teams.

In March this year Military-Industrial Commission held a landmark meeting in Egoryevsk (near Moscow) dedicated to the development of the UAVs. Egoryevsk is the location of the interdepartmental center for combat application and retraining of the UAV operators. The meeting was attended by the representatives of the government, Federation Council, State Duma, Ministry of Defense, Air Force Command, heads of the defense enterprises. After the meeting deputy head of the MICom Vladislav Putilin announced that Russia will start serial manufacturing of the UAVs for the Russian Armed Forces after 2010. Serial deliveries will begin from 2011. The State Arms Program provide for supplying the UAVs to the tactical level in sufficient quantities by 2011. Supplies for the operational-tactical and strategic levels will be started in 2011-2015 when the industry reaches the stage of serial deliveries in the numbers necessary for specific missions. Today tens of the UAV projects are at the final stages of the development.

The developments in the military sphere go on parallel to the civil projects. The government seeks unification of the orders i.e. organizing the deliveries of the uniform systems to different structures and agencies. Secondly, but equally important it is planned to find a solution whereby the orders from the civil market would allow for developing the production steadily. The orders from the oil and gas industry, geology, Ministry of Emergencies etc should be summarized and united by means of clear identification of the needs of each specific industry. The meeting in Egoryevsk started this process.

UAVs appeared in Russia (USSR) in early 70s. However, at that time there was no place for the UAVs in the soviet military doctrine. Some works were done just because of the foreign success in this niche. In 1969 US made UAV scouted Chinese territory and had to land in the USSR. That accident forced the soviets to seek the answer. However, UAVs took the proper niche in Russia only after the tremendous success of the Israeli "Scout" in the war of 1982. Yakovlev’s Shmel appeared at that time and was based on the Israeli ideas. Later Russia quickly switched to the strategic UAVs weighing about 10 tons, with the ceiling of 20km and 24 hours endurance. Soviet version of the today’s US Global Hawk was Sukhoi’s BAS-62.

Recently Russia has seriously improved its opportunities in tactical UAVs. It also has a reliable foundation for creating / resuming the projects of the strategic UAVs. The latter is needed not by own Armed Forces, they may find good demand in India, Russia’s traditional partner and customer having long and unquiet borders. USA will be hardly ready due to political reasons to deliver its strategic UAVs to India. EU is not technically ready. Its Euro Hawk is at an early stage of development. It makes Russia the only potential supplier, as other nations still lack this class of UAVs.